As a child, I always remember one of the highlights of the start of our holidays was the activity packs that the airlines used to provide for children on a flight. I remember Brother Hatchy and I excitedly diving into the packs, eager to see what was included this year. And I’ve always said that in this day and age where you’re lucky to get an allocated seat on a flight, let alone children’s holiday activity packs, if we were to take Baby Lighty on a flight, I’d make one myself.

Ok, so we haven’t quite managed a holiday which has required a flight just yet, but we did recently spend a week in a caravan in Cornwall (that’s the same thing, right?!). And therefore, I made the packs partly because, as every parent will know, there are certain words that strike fear into the heart of them. For me, these words included “three”, “toddlers” and “caravan” (although on arrival at our recent holiday, these words were closely contended by the words “no”, “Wifi” and “for a week”). I have a very, very spirited two year old. I love his loud, eccentric character, but I wasn’t too sure how well it would work in a caravan. Throw in two of his little cousins too, and this could make for a very long week.

To make the holiday activity packs, I needed to think about what would work within a caravan. I needed to include small toys and items that wouldn’t be too big or too messy for the limited space we’d have, but which would be a bit of a novelty for them. If you’re thinking of doing something similar, heading to your local poundshop and The Works is your best bet! Here’s what I included: 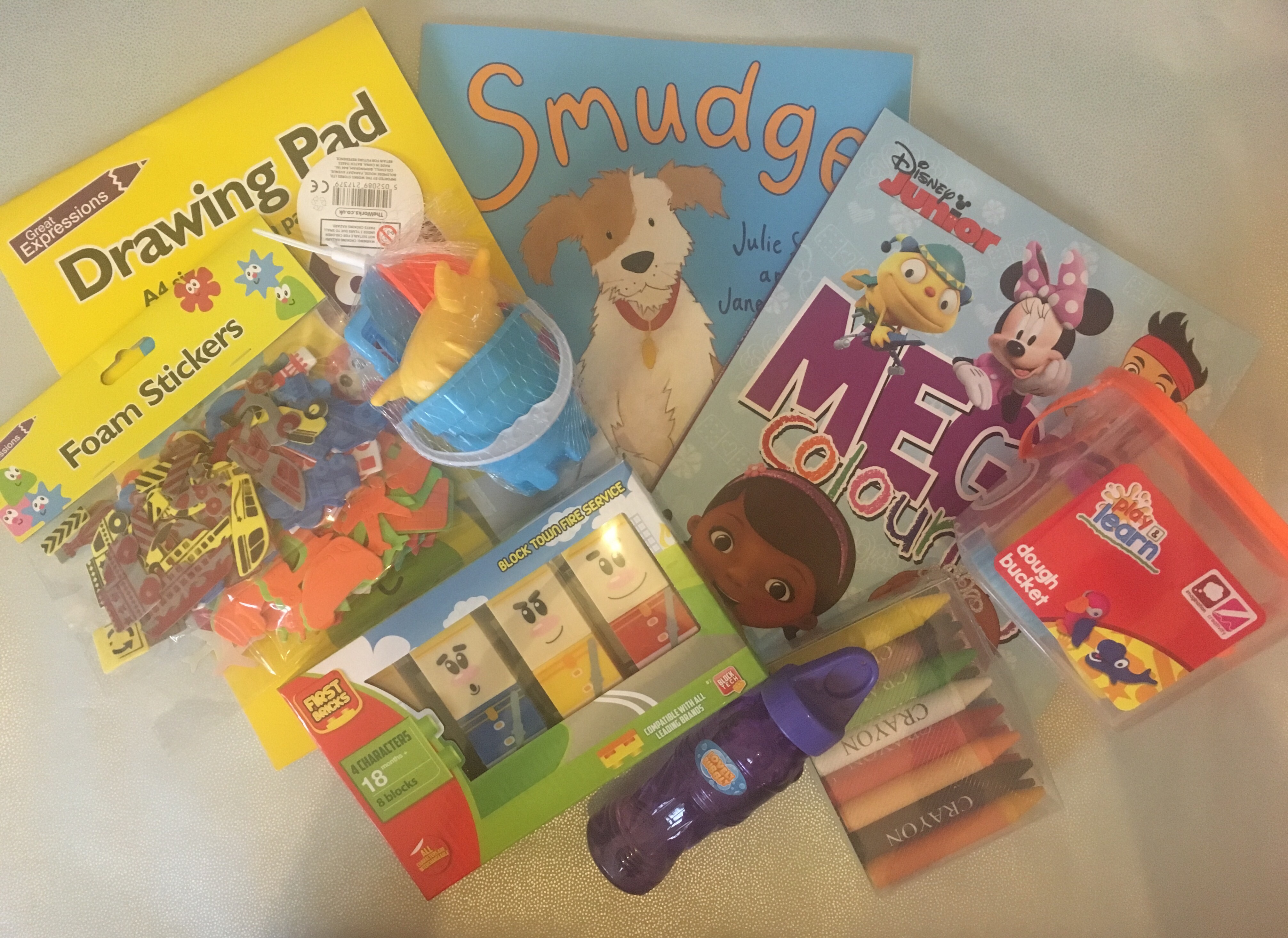 The contents of the activity packs I made.

I must admit, I was a little nervous about the play dough. After all, it’s not exactly known as a neat and tidy activity! But the sets I bought included two small tubs of dough, plus a couple of cutters each, and we managed to persuade the children to use the lids of the boxes as a mat. Furthermore, I wondered if the brick people would be too young for Baby Lighty’s four year old cousin, but I think he enjoyed the novelty factor of them as much as the little ones did! 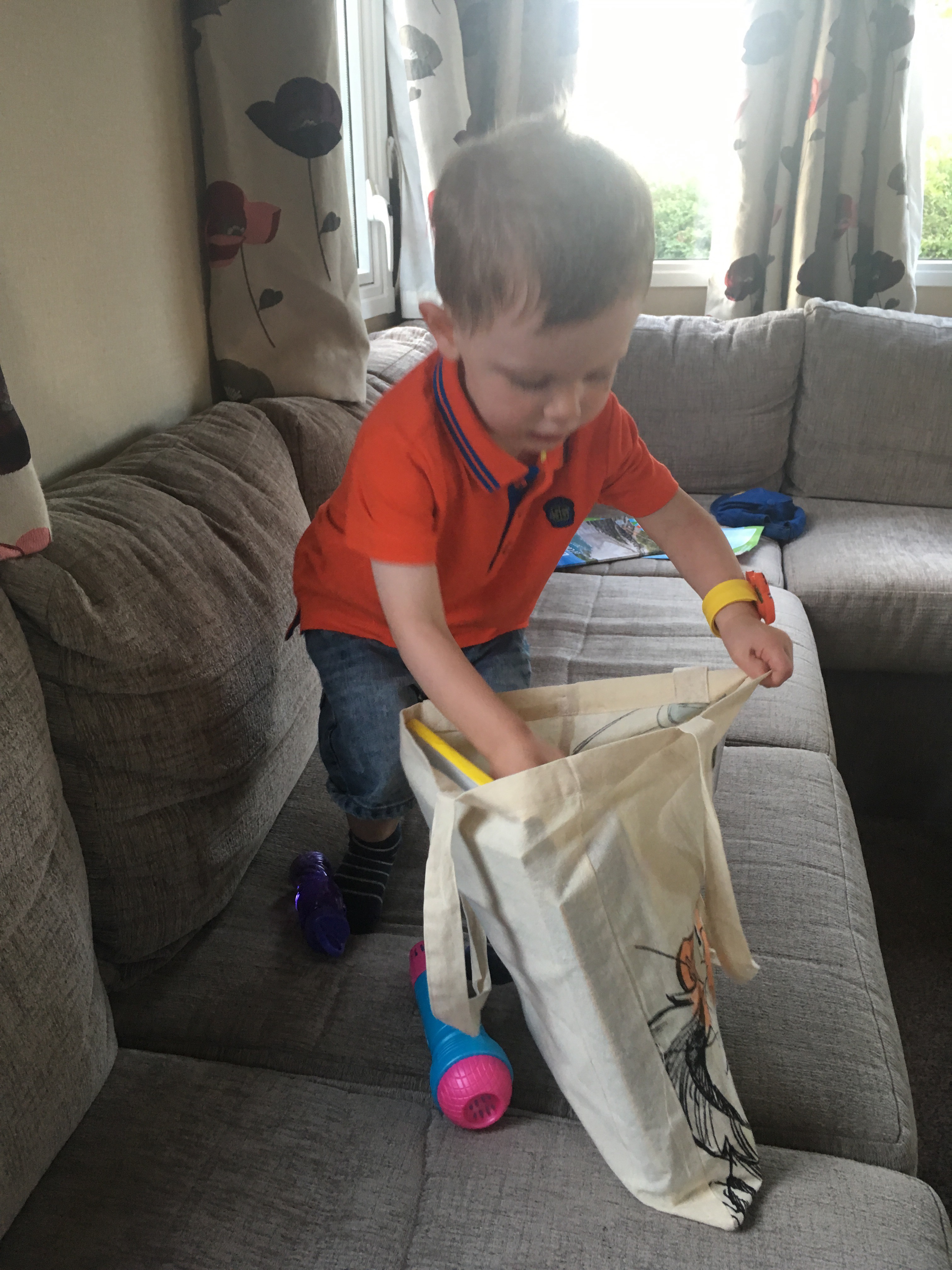 For slightly older children, you could theme the packs around certain types of holidays. For example, for the four year old’s pack, I choose a Nemo colouring book, and a sea themed story book, so that it had a bit of a beach feel to it all. If you were going to a specific place, you could include a children’s guidebook to the destination, or there are specific colouring books for cities such as London.

A family friend was also kind enough to make a little pack up for each of the children, and she managed to include completely different items in hers, meaning that the children had a real selection of bits and pieces to choose from! The alternatives that our friend included in hers are as follows, plus I’ve included a few extra ideas for items you might want to include:

I packaged all of the above up in a canvas Disney bag, currently available at Poundland. You can of course use any type of bag, such as a paper gift bag or even a small child’s rucksack. I did also debate just using cellophane to package it all up, but I opted for a bag as I wanted to be able to put all of the bits and pieces back when they’d finished playing with them. After all, space is often at a premium in a caravan!! 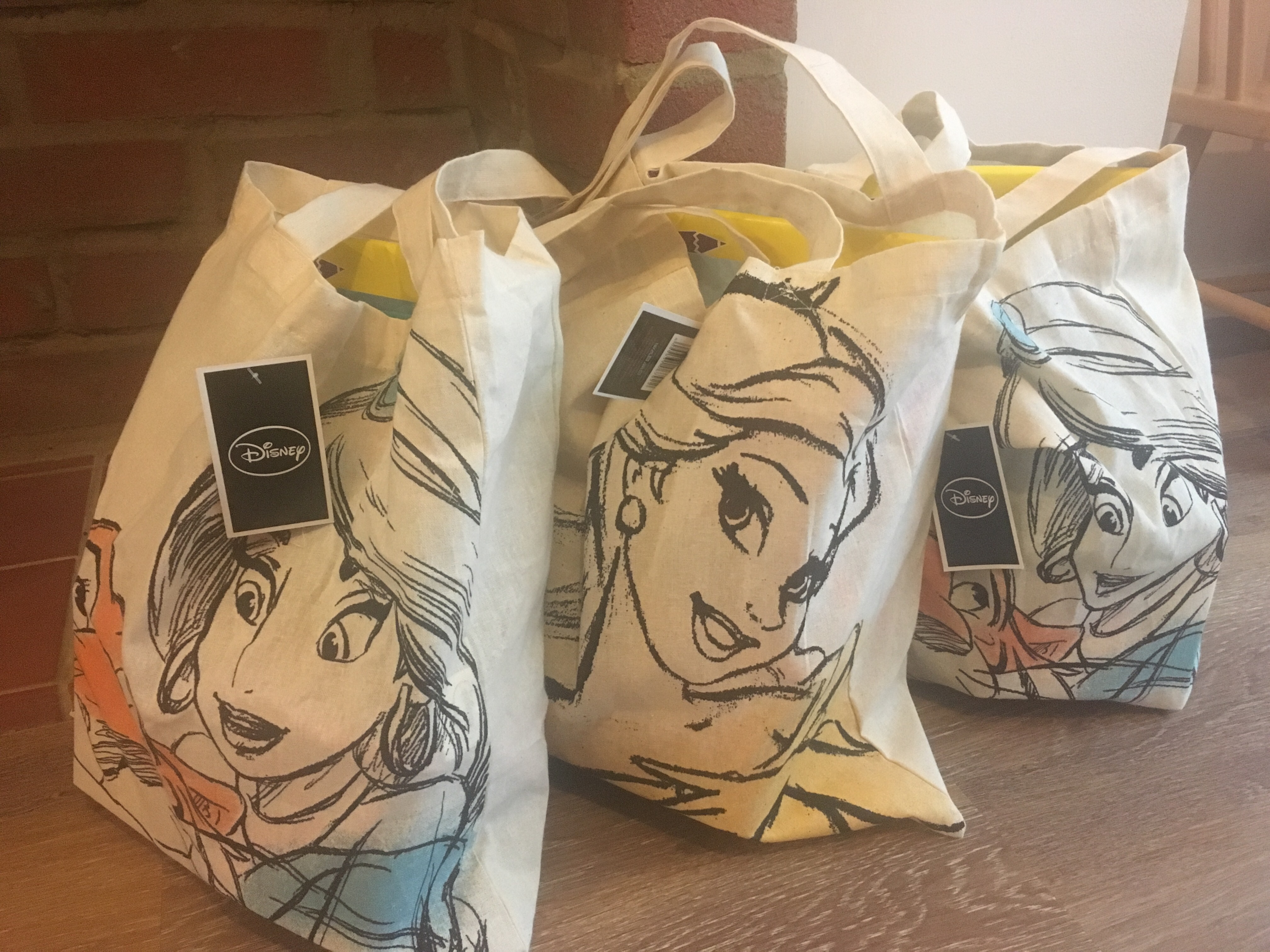 The Disney bags used to house the goodies!

It’s definitely something that I’ll do again for holidays in future. The packs only cost a few pound each, but were worth every penny in toddler entertainment!