About nine months ago, I logged onto Facebook and saw a survey that the Women’s Institute were commissioning regarding maternity care experiences. I duly filled it out, as a passionate member and having heard about their More Midwives campaign, shared it in a couple of baby-related groups and via the All Things Spliced Facebook page, and then forgot all about it.

About three months ago, I received an email from the WI, enquiring as to whether I was the blogger that they were looking for. Had I filled out a survey about my maternity care, and did I write a baby blog, which chronicled my anxiety as a new mother, plus the likes of my struggle with breastfeeding? “Yes”, I replied, “I think you’ve found the blogger you’re looking for. How can I help?”

Little did I know that that innocent reply would lead to me having my 15 minutes of fame. You see, this morning I was lucky enough to take part in an interview with Sky News’ Sunrise, via Skype, about my experiences with postnatal care.

The WI have been campaigning as part of their More Midwives resolution since 2012 for improved maternal care. I have to say, that I am one of the lucky ones: our local area practices one-to-one midwifing as standard, and so I only saw one or two midwives during my pregnancy. I then had both a student midwife and a qualified midwife with me throughout my entire labour.

However, my postnatal care became quite fragmented, with myself and Baby Lighty having no home visits after the immediate one following discharge from hospital, and therefore had to make the half hour walk to appointments each time we needed to be seen. I struggled with breastfeeding during the 28 days’ postnatal midwife care, there were worries that Baby Lighty was dehydrating through my failing to breastfeed, and I was a complete nervous wreck…and yet there was next to no support that anyone could give us. And that’s why the WI wanted to talk to me.

It’s also why, for the past three months, I’ve been in talks with them about promoting their More Midwives campaign and their new maternity care report, Support Overdue. First of all, there was talk about sending a car to collect Baby Light and I to do some PR work at radios or on TV; of course, whilst this made me feel somewhat celebrity like, this necessitated the question of car seats? Then once that was sorted out, I helped contribute to a post for their website and the Huffington Post; pretty exciting stuff for a minor league blogger like Mrs Lighty! And then? Well, it was just a waiting game to see whether I would be needed to do any PR work to promote the campaign. 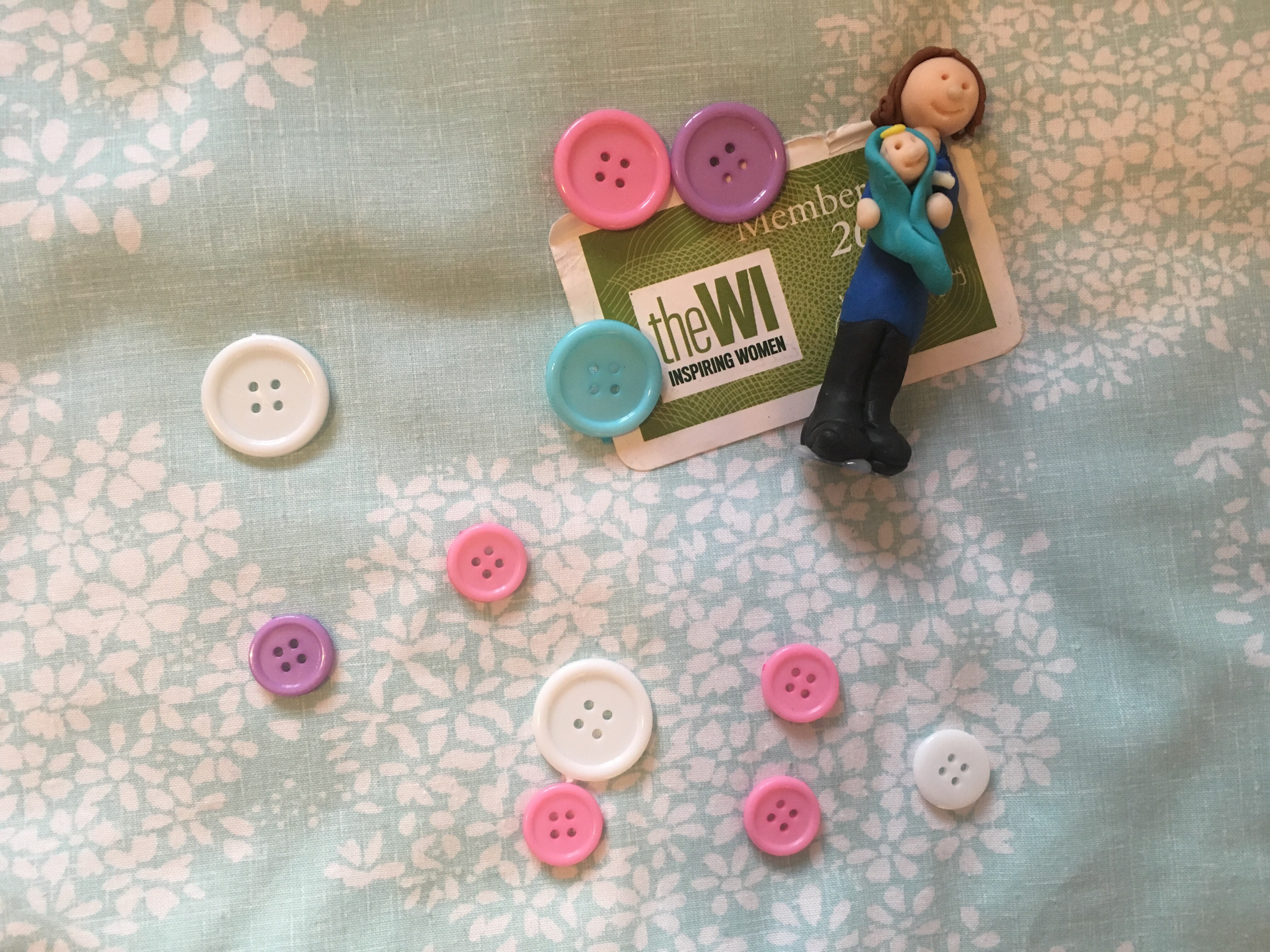 And waited I did. Until Monday just gone, when I had an email to say that Sky News might want to come round THAT AFTERNOON to film a pre-recorded interview ready for the next morning. That afternoon?!!! But my house looked like a bomb had hit it after Hurricane Baby Lighty had torn through it, and I was wearing a baggy old jumper suitable for baby group but not suitable for television! No, no, no, this would not do. Let me tell you, nothing – but nothing – makes you tidy your house quicker than the words “Sky News might want to come to your home to interview you this afternoon”.There was only one thing for it: I was going to have to tidy the house. Mr Lighty often jokes that he loves it when Baby Lighty and I have friends over, because it forces me to tidy up; well the house was spotless after this potential bombshell was dropped on me. He has even said that he’s going to phone up in a few days’ time to pretend that ITV and the BBC are coming round (and I think he’s only half joking!).

Anyway, after a majorly panicked tidy up, I then got the news that this pre-recorded interview wasn’t going to happen, but would I be free for a live Skype interview instead? I agreed to this. And then realised that bar sending a few instant messages, I was by no means a Skype expert. Which then necessitated a check with the Sky News sound and tech team. During which Baby Lighty managed to disconnect the call. It was all going well so far!!

This morning dawned bright and early. I couldn’t sleep much past 5am, so I got up and got ready for my live TV appearance. Mr Lighty joked that I was in hair and makeup when he walked into the bathroom to find me furiously applying blusher to my tired face! And then it was a case of waiting some more. I can’t tell you how nervous I was at this point. I actually don’t think I’ve been that nervous about anything else in my life! I’d told a few close friends what was happening, and the president of the Brentwood Belles, my WI, had posted a message on our Facebook page, and so because word was out, my phone kept pinging with messages of good luck and support, which I was really grateful for. 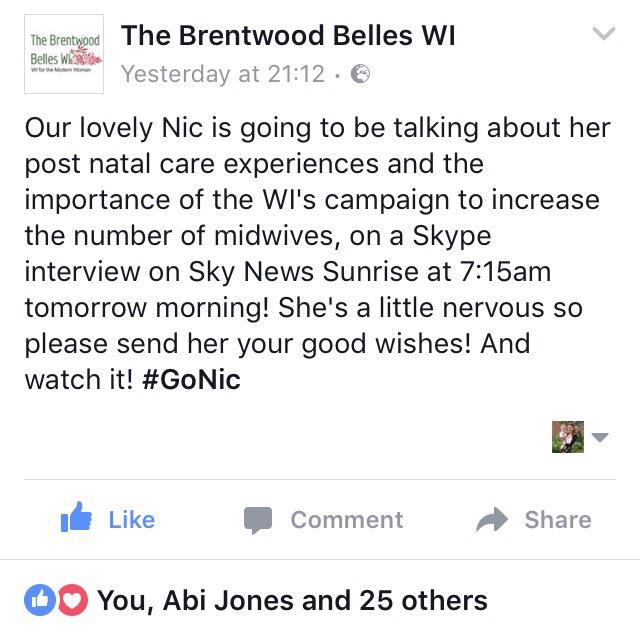 And then I heard the familiar Skype ringtone, and it was time to get this show on the road. A gentleman called Lewis from Sky News’ Tech Team came on the line to check that I could hear him well enough and to check that my picture was ok. I’d set the laptop up on the dining room table with a plain wall behind me on the advice of a friend that has a background in media and the team that I spoke to at Sky the day before, and I was pleased when Lewis advised that I was “perfectly framed”. Flattery will get you everywhere with Mrs Lighty!!

I was then handed over to the Comms Team, who again checked that they could hear me, but not without calling me by the wrong name first! They made sure that I could hear the live show going on, and told me that I’d be about five minutes later in the schedule than originally planned due to the breaking news that the search for the missing Malaysia Airlines flight MH370 was to be called off.

Before I knew it, and after a report about a giant alligator in Florida (!) the report was on. The reporters Sarah-Jane Mee and Johnathan Samuels spoke to Dr Ellie Cannon first before asking me about my experiences. Unfortunately they asked about my experience of a ‘red flag’ incident during labour, which hadn’t happened to me! I hope I kept my composure well enough to explain that, actually, I’d had really good care during pregnancy and labour, but it all went a bit awry once Baby Lighty had arrived. 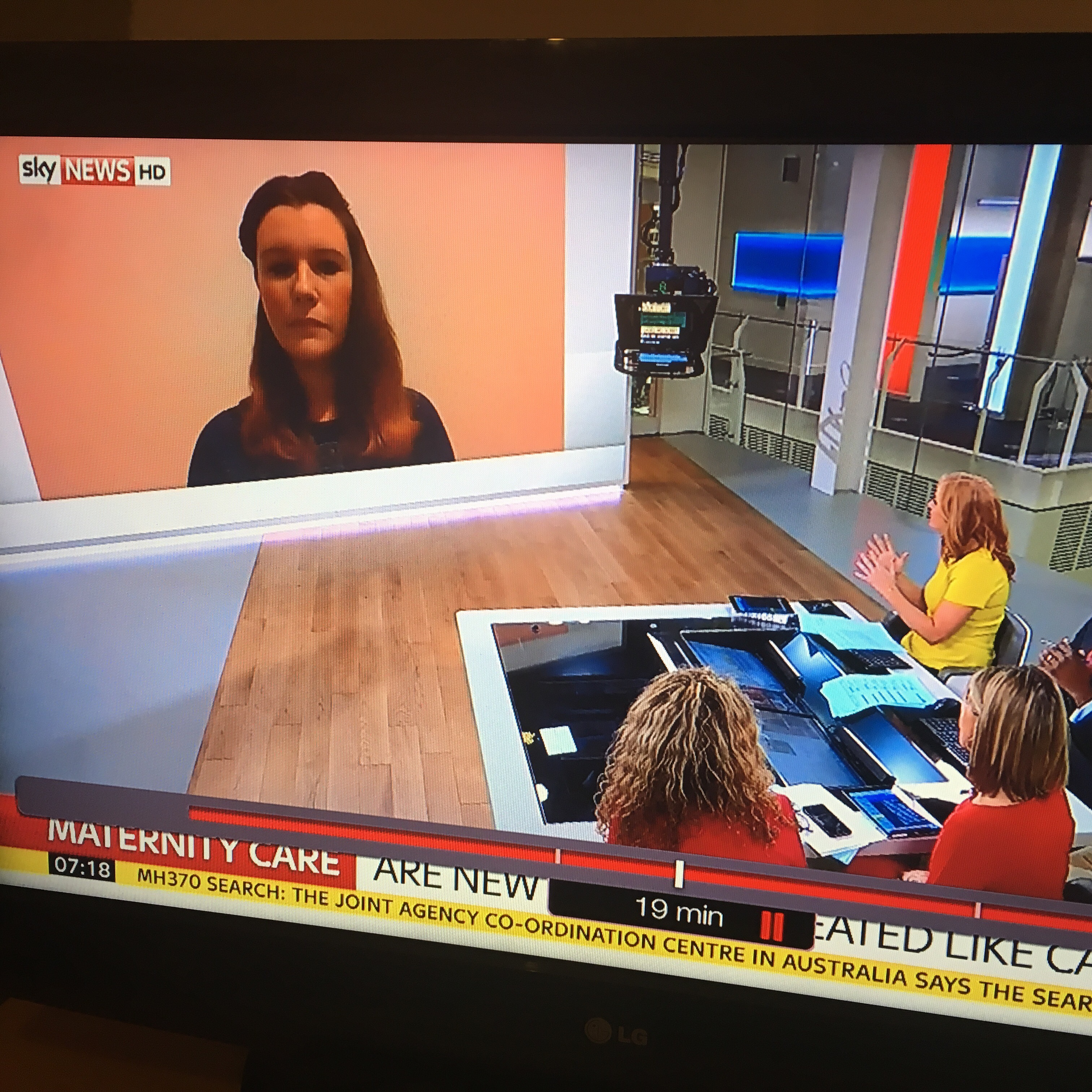 I tried to explain that whilst the midwives themselves are wonderful, an admin error meant that my care was switched from one team to another, and that my new midwives didn’t know me well enough to deal with my anxiety. Although it was not nice to hear that one of the reporters had also had a poor maternity care experience, it at least made me feel like I was contributing to the report in the correct manner!

I’ve had such lovely messages of support from so many people that saw it, for which I’m so very grateful. I certainly don’t know what the answer is to the midwife shortage situation, but if my little brush with fame this morning helps one woman, then so be it.

Although there’s nothing like getting a message from one of your friends which read “Gutted I missed it but I had to deal with a poo explosion” to bring you down a peg or two after the event…! And with that, my day really began, with a cry of “Mummy!” coming from the nursery, followed by a request to build a wooden railway in the living room and a switch over from Sky News to Postman Pat on the telly.

If you’d like to see the clip from Sky News, you can do so via the link below:

23 thoughts on “More Midwives and my 15 Minutes of Fame”