Something which comes up in conversation a ridiculous amount now that I am a parent is Baby Lighty’s love of The Wiggles. Yep, those Aussie hip shaking, nursery rhyming multi-coloured all-singing, all-dancing troupe have firmly wiggled their way into Lighty HQ. The obsession began ever since Mrs Lighty and Baby Lighty were regulars at our local library Rhyme Time, whereby the session would always end with a rendition of probably their best loved hit, Hot Potato. This eventually led to Mr Lighty looking up the song on YouTube. The song that Mrs Lighty kept singing when she was loading the dishwasher in the kitchen, a tiny Baby Lighty sat in his highchair giggling and clapping away. A Wiggles fan was instantly born*, and the rest, as they say, is history.

Of course, our fanship could have stayed firmly in the iPad. It could have only ever seeing the light of day on those early weekend mornings when Baby Lighty would come into our bed and watch The Wiggles while Mr Lighty and I would try to get a little bit more shut eye. A little bit of shut eye with the accompaniment of “Toot, Toot, Chugga, Chugga, Big Red Car” in the background, that is. Until one early weekend morning when The Wiggles just wouldn’t let me sleep, and I lay in bed scrolling through my Twitter feed whilst Baby Lighty sat beside me singing away. That’s when I saw that The Wiggles were going to be embarking on a world tour…and that that world tour was going to come, of all places, to Essex!

I mean, really, what was a girl to do?! I jumped out of bed and we booked tickets there and then.

Which is why, this weekend just gone, saw us traipsing off to see those lovable Aussies who have taken up such a big place in the heart of Baby Lighty’s childhood. I must admit, as we drove into deepest, darkest Essex, through the pretty town ironically called Ugley – something which The Wiggles would later joke about – I felt a little bit apprehensive. Baby Lighty had never been to such an event before. He’d never had to sit still in a theatre full of people before. And indeed, when I casually asked Mr Lighty recently whether he thought we ought to take Baby Lighty on his first cinema trip soon, he said no way; because Baby Lighty wouldn’t sit still. But this was The Wiggles. Baby Lighty loves them, and surely he’d be able to get up and dance throughout it too?

I don’t think Baby Lighty actually knew where we were headed towards, even though we’d told him in advance that we were going to see The Wiggles. It was only when we got into the foyer of the school hall where the show was being held, and we were persuaded to buy a Big Red Car’s worth of merchandise, on the reasoning that this was a once in a lifetime opportunity (when are The Wiggles going to be in the UK again?!), that he started to say “Want see Wiggles”, often followed by “Wiggles, where are you?”. 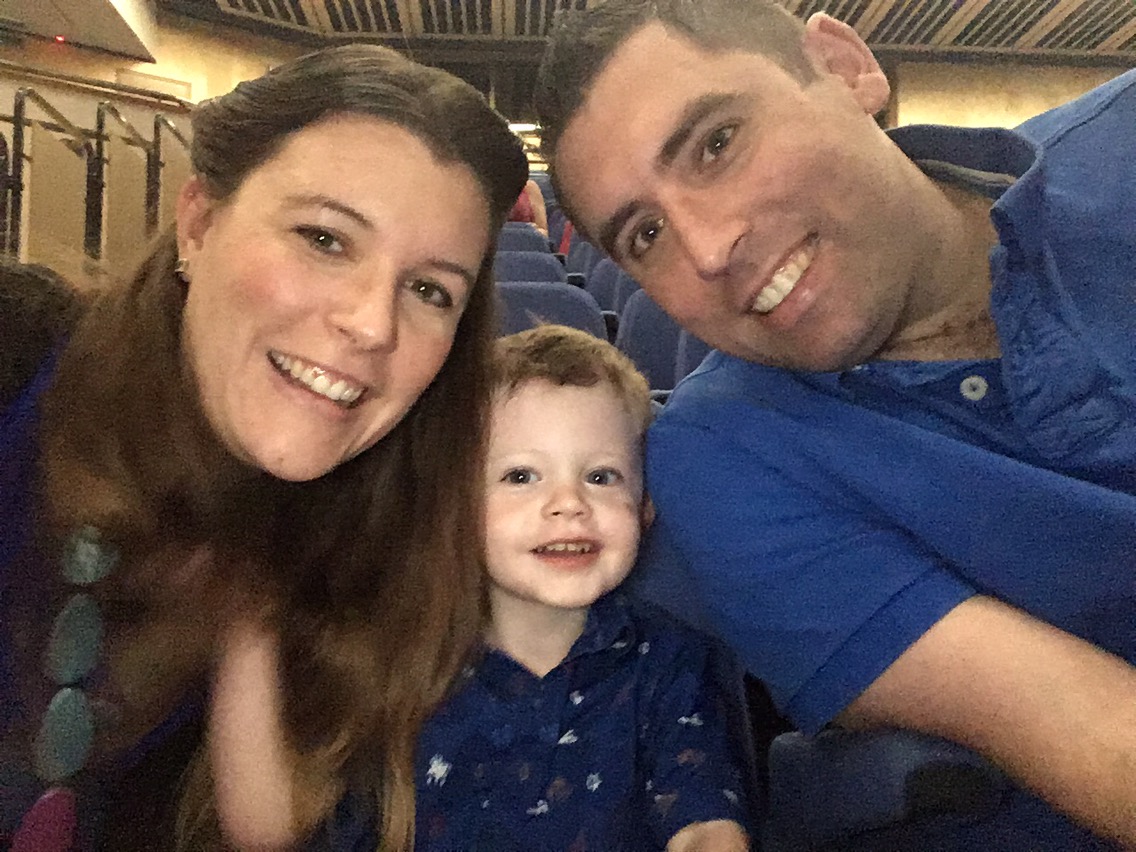 Waiting for The Wiggles!

Once we were in the hall itself, Baby Lighty was really excited. His questioning as to where the Wiggles were ratcheted up a notch as the theatre filled. “Wiggles, where are you?” could surely be heard far and wide! We thought he’d get impatient waiting for them, but actually he wasn’t too bad at all. And then all of a sudden, the curtain lifted, and then there they were: Baby Lighty’s little heroes in all of their red, blue, yellow and purple glory! 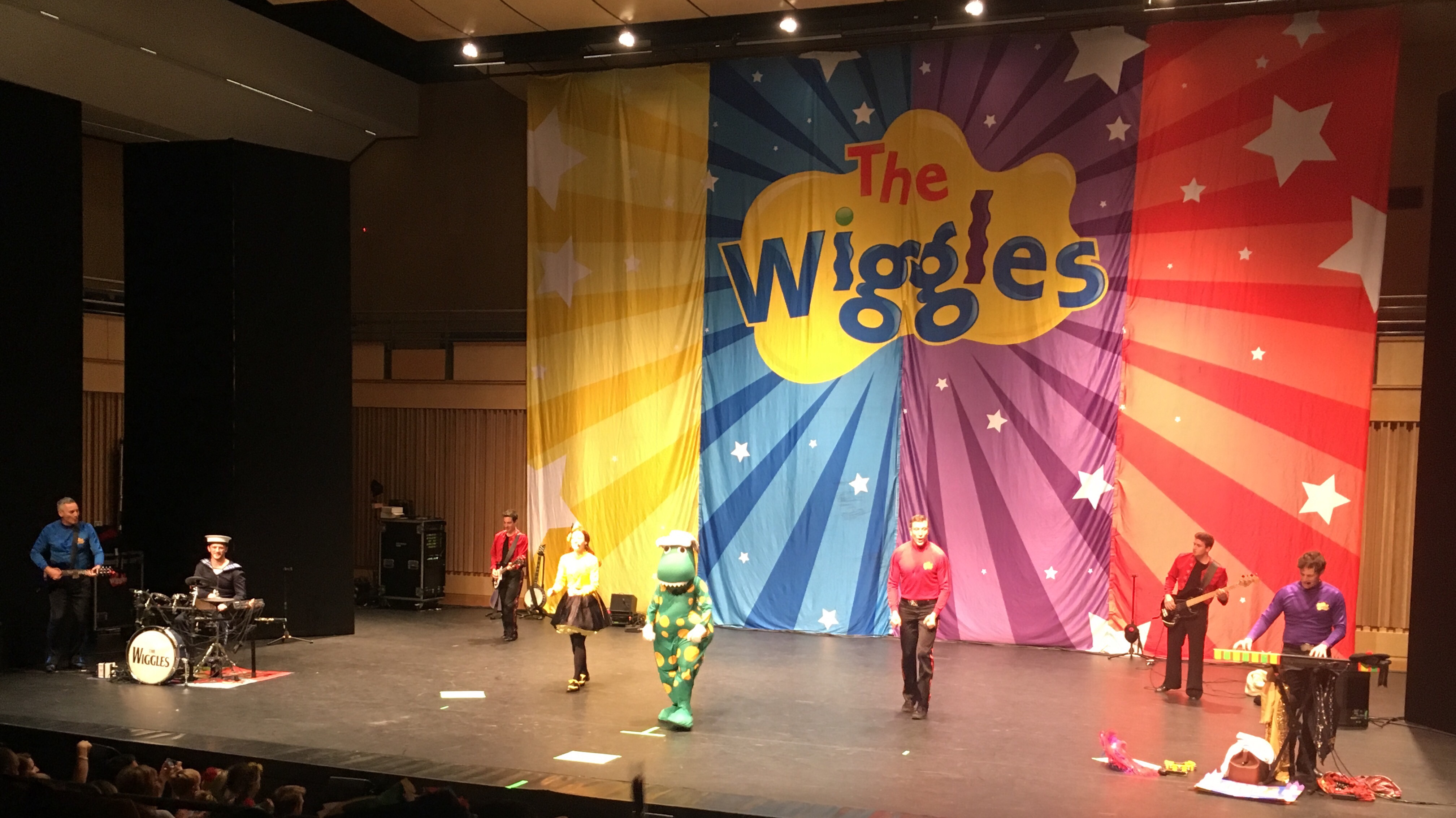 The Wiggles really did put on an energetic show, alongside a few jokes which only the adults would get, thrown in for good measure! I thought Baby Lighty would really get stuck into the dancing and singing. He certainly does at home! In actual fact, he was more than happy to sit and watch and take everything in. Mr and Mrs Lighty on the other hand, were more than happy to get stuck in with all of the moves to The Wiggles favourite hits! 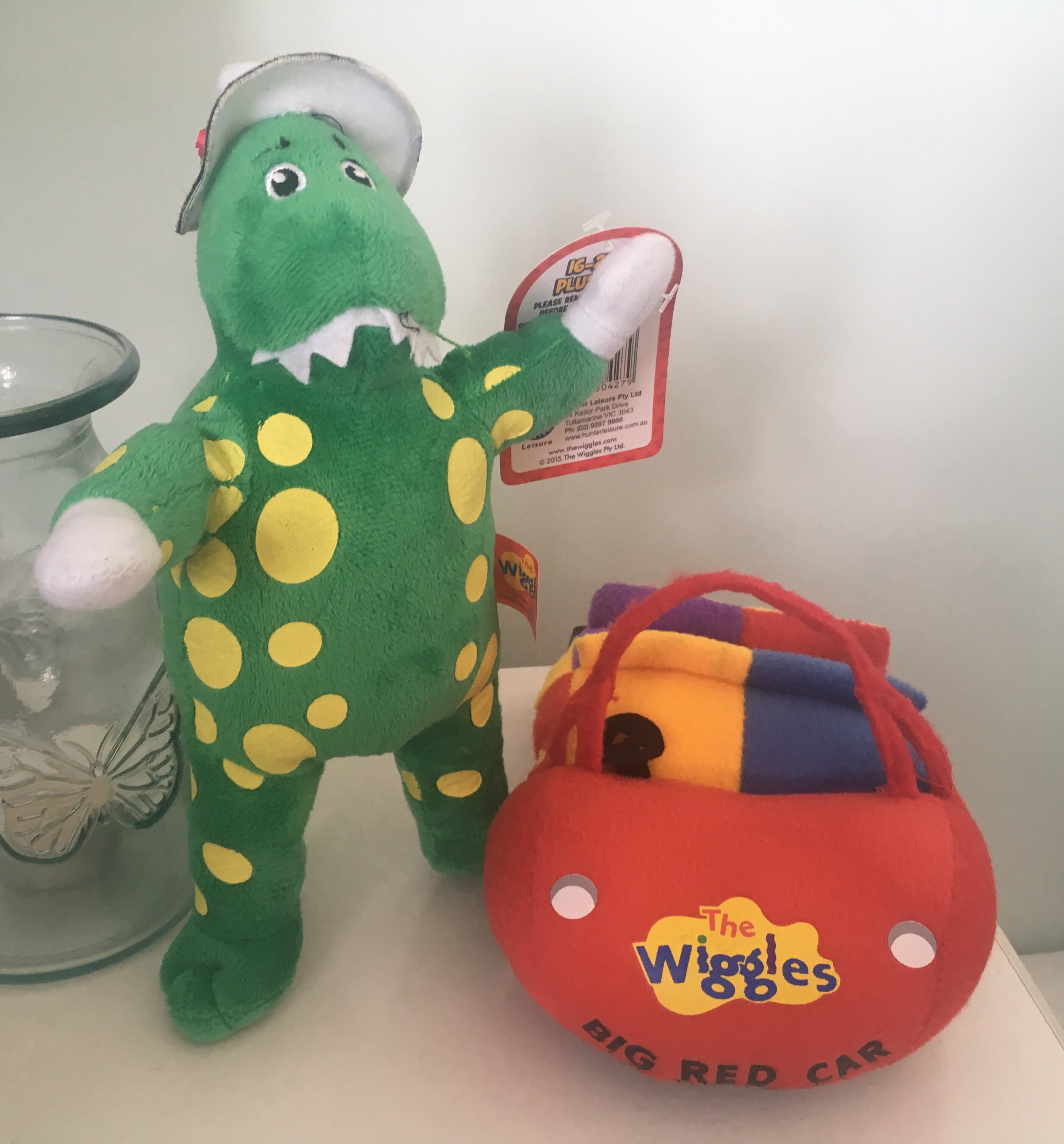 Every time one of the characters came on stage, Baby Lighty would excitedly say, “Look Mummy, Dinosaur there!” or “Look Mummy, Pirate there!”. It was quite amusing to see that Captain Feathersword wasn’t the original Captain Feathersword (are we mega fans or what?!), but Baby Lighty didn’t notice. And then Lachy and Simon Wiggle came into the audience to collect things that had been made for Emma and Dorothy the Dinosaur. And I really did kick myself for not having made something myself (see: totally uncool! I only wanted to have made something so that Lachy would have come our way!). However, I needn’t have worried too much: Lachy stopped right by our aisle seat, and said hello to a completely starstruck Baby Lighty! It’s safe to say that Mrs Lighty was pretty happy by this occurrence, too!

All too soon, the Wiggles had completed their hour and a quarter of wiggling.  Baby Lighty had started to get into the swing of dancing along by the end of the show; Mrs Lighty definitely had by this point! It was a fab first trip to the theatre. Baby Lighty really did us proud with how well behaved he was. All evening, all Baby Lighty said was “Wiggle said hello me!” alternated with “Want see Wiggles again!”, so I definitely think it can be classed as a success. And even if Baby Lighty didn’t enjoy it, well…Mrs Lighty certainly did!

*Did I mention that the Wiggles fan was Mrs Lighty? No? Oh it was obvious from the post was it?! OK, glad we’ve cleared that up…!

4 thoughts on “A First Theatre Trip to see The Wiggles; AKA, How to be Less Cool than your Toddler”