I’ve written previously about Baby Lighty living up to his name and being, well, light. He was a relatively tiny 6lbs 8oz at birth, starting off therefore as a small baby, and after what I like to refer to as the month of starvation when I was breastfeeding, he has since sat between the 2nd and the 9th centile ever since. I’ve pretty much “got over it”; after all, there’s nothing that I can do about him being small but feed him well (and boy does he let me know when he’s hungry!).

But, despite making peace with how perfectly petit he is, when I read Abi from Something About Baby’s post 10 Things that Happen whe you’re the Mum of a Big Baby, I had to chuckle. The post weirdly resonated with me, but at the opposite end of the scale. Abi’s Alfie and Baby Lighty are just 5 weeks apart in age, with Baby Lighty being the elder of the two, yet they couldn’t be at further apart from each other on the weight charts. I therefore promised her that I’d write my own counterpart to go along with her post. So, here are 10 things that happen when you’re the mum of a small baby:

1. The reaction when you reveal their birthweight

Ok, so maybe it’s not quite as dramatic as when  you have a big baby, but when you have a small baby the reaction to their birthweight is often “oh aren’t they tiny?!”, followed by, “were they premature?”. I know he’s tiny but he’s not that tiny! 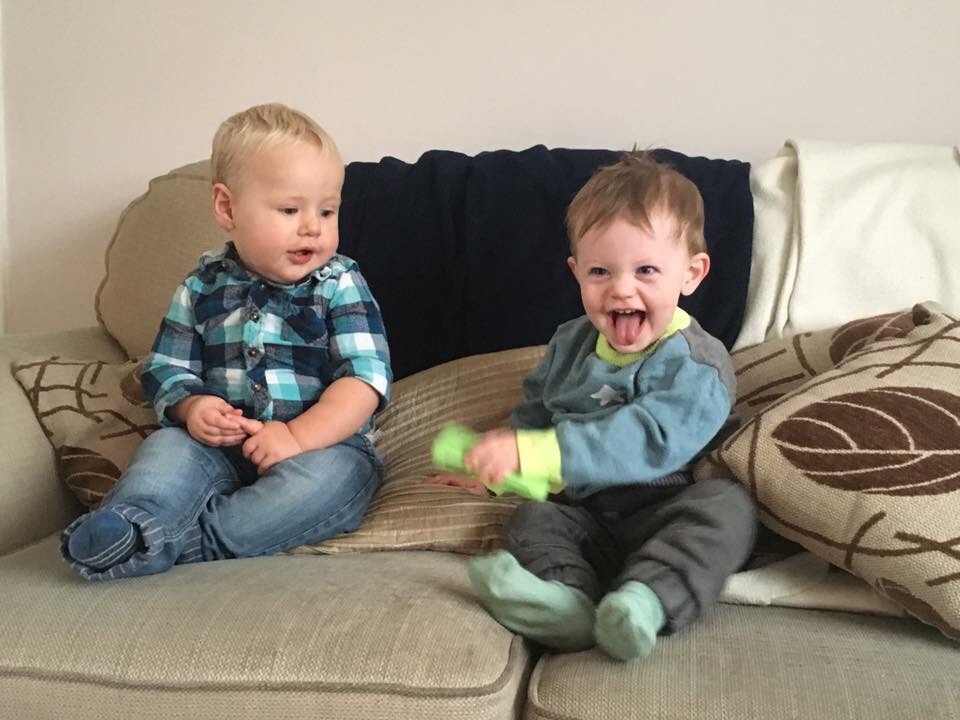 Something About Baby’s Alfie on the left and Baby Lighty on the right.

2. People ask if you’re feeding them

No, no, I just thought I’d let him starve…of course, I did struggle to breastfeed Baby Lighty for a month, and when I tell people that I breastfed for a month before switching to formula, the next comment is often “Probably for the best. He probably wasn’t getting enough milk”. Yep, thanks for that, that’s exactly what I need to hear to make me feel better about this failure.

3. People always get their age wrong

It doesn’t happen so much now, at 20 months, I think because milestones like walking and talking help to show his age, but when he was younger every. single. time a stranger asked how old Baby Lighty was, they always responded to my answer with “Oh isn’t he little for his age!”. Yes, yes, I’m well aware of that thanks to the little red book.

4. Clothes just don’t fit as they should

I’d been warned throughout my pregnancy that Baby Lighty would be a small baby and I’d therefore gone into labour prepared with one set of tiny baby clothes and one set of newborn clothes packed in my hospital bag. And yep, you’ve guessed it, the tiny baby clothes hung off of him when he was born. So did all of the hand-me-down newborn clothes I’d been given. In fact, he mostly looked like a little ragamuffin for the first few weeks of his life, as all of his vests just fell off of his tiny shoulders! His newborn clothes easily lasted until he was three months old, particularly as it was summer when he was born so he wasn’t really dressed in the likes of sleepsuits with feet in them which restrict them if they’re of normal height. 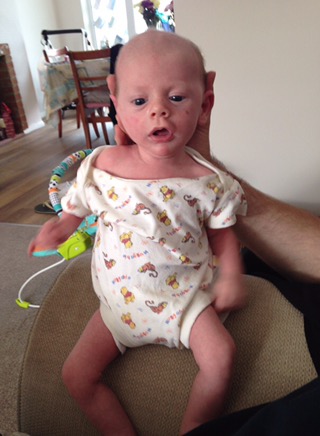 Now, at 20 months, 9 – 12 month trousers will comfortably fit him around the waist, however the problem with this is that he is of average height, so trousers in a smaller size to his age give him a rather fetching Michael-Jackson-esq Jack ups look. Stylish. As a mum of a small baby, you become well acquainted with the trousers with the adjustable waistbands and rolling the waistband to stop them from falling down, and you love it when you can practically tie a drawstring waist onto your child. On the plus side, I’m told that his epic shorts collection will last for years! 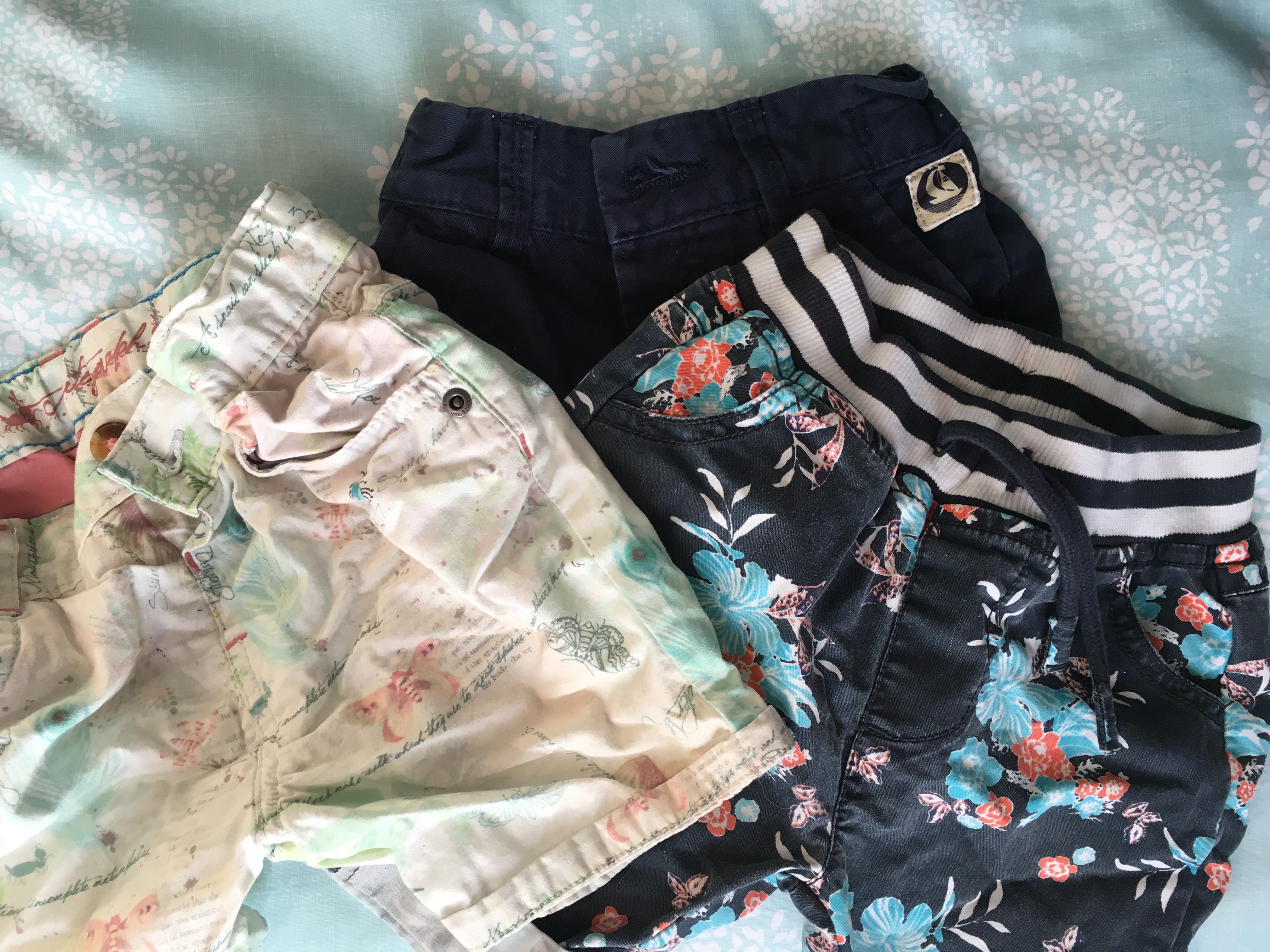 5. Everyone that picks up your baby feels the need to comment

“Oh isn’t he light!”, they exclaim. Yep. Thanks for pointing out the thing I’ve been worrying about for months. Lighty by name, light by nature, I guess!*

*If only the same could be said about Mrs Lighty!

6. You’ll receive loads of comments about how ‘on the go’ your child is

Similarly, before Baby Lighty could crawl, many people seemed to be of the impression that light babies crawled and walked early. So when Baby Lighty still wasn’t crawling at 10 months, there were a fair few “what’s wrong with your little light baby?!” glances thrown in my direction!

7. You can’t enjoy baby clothes in the same way as others…

Yes it’s true, if you have a small baby, their clothes will last for aaaaaggggeees. As I mentioned in point 4, Baby Lighty is still wearing some of his longer 9 – 12 month trousers. And whilst this is certainly economical, it means that you have to wait for aaaaaggggeees before you get to upsize to the next lot of cute baby clothes. I am definitely a little sick of some of Baby Lighty’s outfits by now!

Similarly, because friends and family know that you’ve got a small baby, it’s not unusual for them to buy clothes as gifts in a size down. This is lovely and very thoughtful, but as also mentioned in point 4, Baby Lighty is of an average height, so he almost always needs the clothes to be the correct size for his age. Even if they are rolled up around the waist or practically tied onto him to stop them from falling down.

8. Everyone feels the need to comment on your size

Firstly, during pregnancy, all I got was “haven’t you got a neat little bump!”, which always led me to feel the need to go into great detail about the whole low Papp A thing which probably caused Baby Lighty to be a small baby in the first place. Secondly, now, whenever Baby Lighty’s build is discussed, I often get, “Well you and Mr Lighty aren’t huge yourselves”, most often said with a look that says “I hope you can’t tell that I’m lying because actually you’re not all that little”!

9. Buying a car seat is a nightmare!

Just as buying a car seat for a bigger baby is a nightmare, buying a car seat for a small baby is also a nightmare. Baby Lighty was in his infant carrier until he was 18 months. Yes you did read that correctly, 18 months. Mostly because at 18 months, he still only weighed 20lbs. We were getting comments left, right and centre about how he should be moved up to the next stage car seat by his age, if not a forward facing one (FYI, there is no way my precious cargo is going forward facing just yet, especially as he does weigh so little). 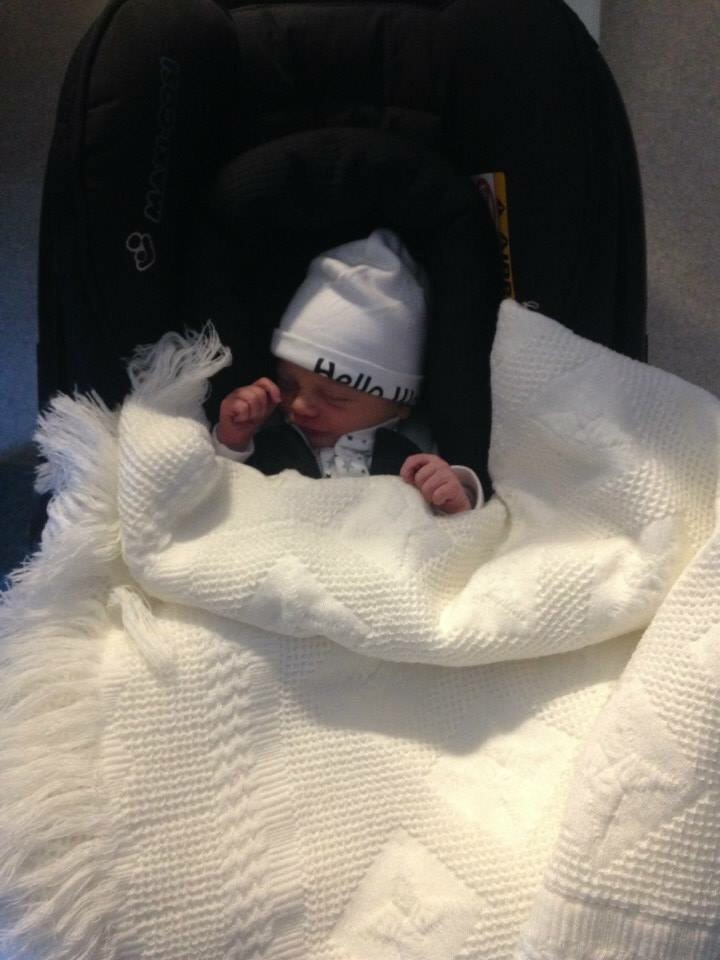 Teeny, teeny, tiny Baby Lighty the first time he was ever in a car seat, en route home from the hospital!

But Mr Lighty and I took some advice from our local In Car Safety Centre and stuck to our guns. He was in the infant carrier until 18 months, when, we went back to the In Car Safety Centre to check out the next size up. As I knocked on the office door and introduced myself and they checked their notes as to his age and weight, the advisor said “you know, for his weight, he could still remain in the infant carrier, probably up until the age of two…” then trailed off with a little shocked “oh!” as she walked over to him, still sat in his car seat, legs hanging off one end, head at the top at the other end and she realised that he is perfectly average height for his age, if not slightly on the tall side, but is just a really skinny Minnie. Which is why he couldn’t stay in the infant carrier any further, and why we opted for rear facing still, as he just isn’t a chunky baby. 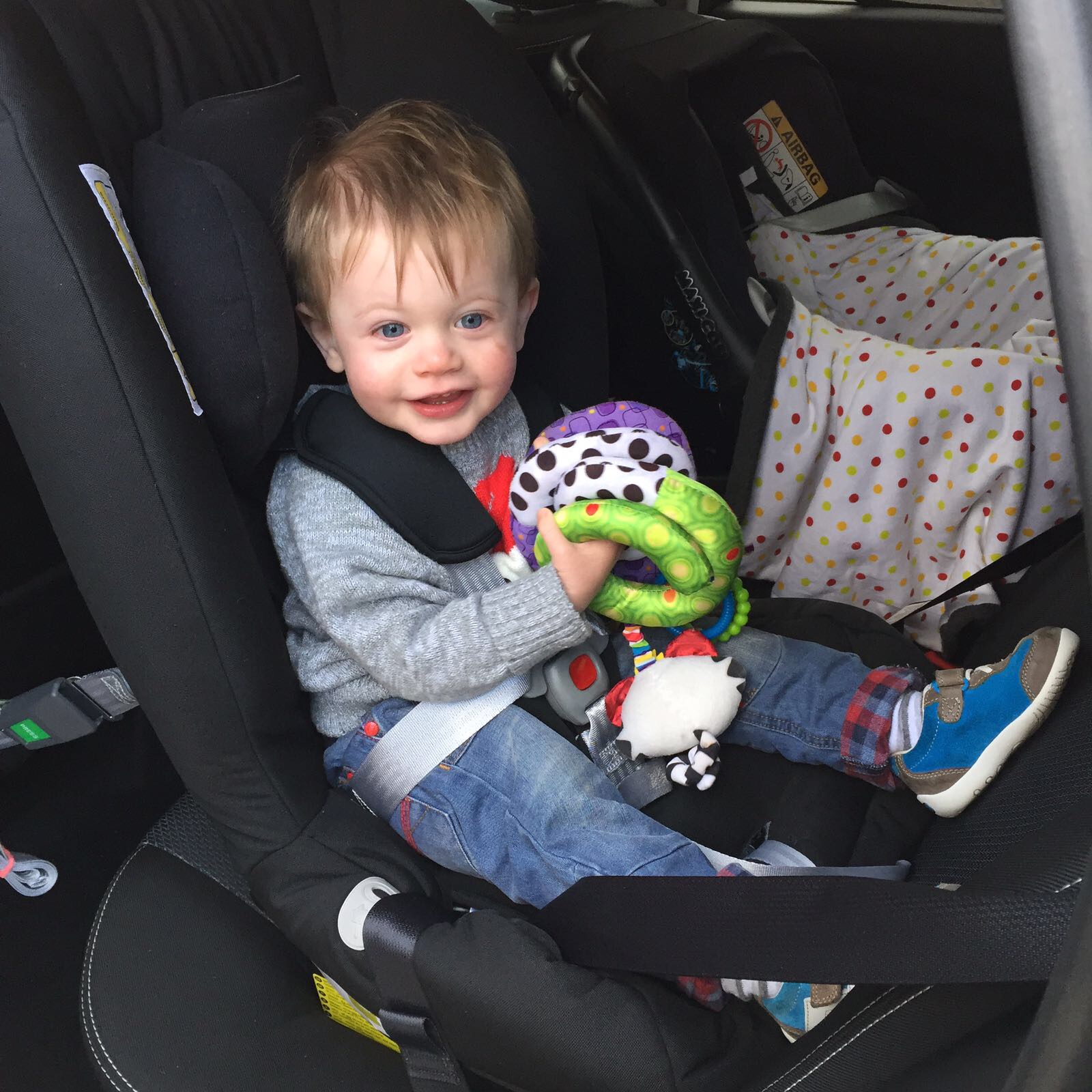 In his ERF car seat for the first time at 18 months!

But that’s ok. Because the best things really do come in small packages.

So Mums of small babies, relish in the good things that your (little) little one will bring you, like less back ache from carrying your tiny tot and getting lots of wear out of that epic shorts collection, because, in the grand scheme of things, they’ll only be little for a very short while.