In everything I’ve done so far in my life, I’m not sure there has been anything that I’ve come across which is as controversial as parenting. It seems to be one of the few areas that other people feel comfortable sticking their oar into (with the exception of weddings of course, as every Tom, Dick and Harry also seems to have an opinion about those too!). As such, parents are often asked very pertinent questions and / or given ‘suggestions’ as to what they ‘should’ be doing.

Aside from the competitiveness which is the Mummy Olympics, there’s also the judgement and just the general perception that people have of certain types of parenting. Since having Baby Lighty, Mrs Lighty has tried her damned hardest not to judge other parents, because, well, quite frankly, who knew this parenting gig was so hard?! And because it’s so hard, who am I to judge other parents?

I will admit, however, that there are certain things that I get a bit ‘twitchy’ about, shall we say. Certain things such as using the safest car seat possible, or making sure that I’m babywearing correctly. I get the twitches when I see a baby in a non-ergonomic carrier, but I would never say anything unless the babywearer started to complain about back ache, for example. But why then, if I’m trying my hardest to bite my tongue all the time and will only speak up if I feel that the person I’m talking to will appreciate the little bit of knowledge or suggestions I may have, do I often feel myself on the end of judgement, or at least being pigeonholed as a certain type of parent myself, often finding my views and experiences dismissed as not as valid as the views of the person that I’m talking to?

I feel that many people see me as a ‘hippy mum’ because of our regular baby wearing and my occasional use of cloth nappies. Yes we predominantly follow baby led weaning, and I identify with some of the aspects of the Gentle Parenting movement, but no, we don’t co-sleep and we all know by now about my failed attempt at breastfeeding. 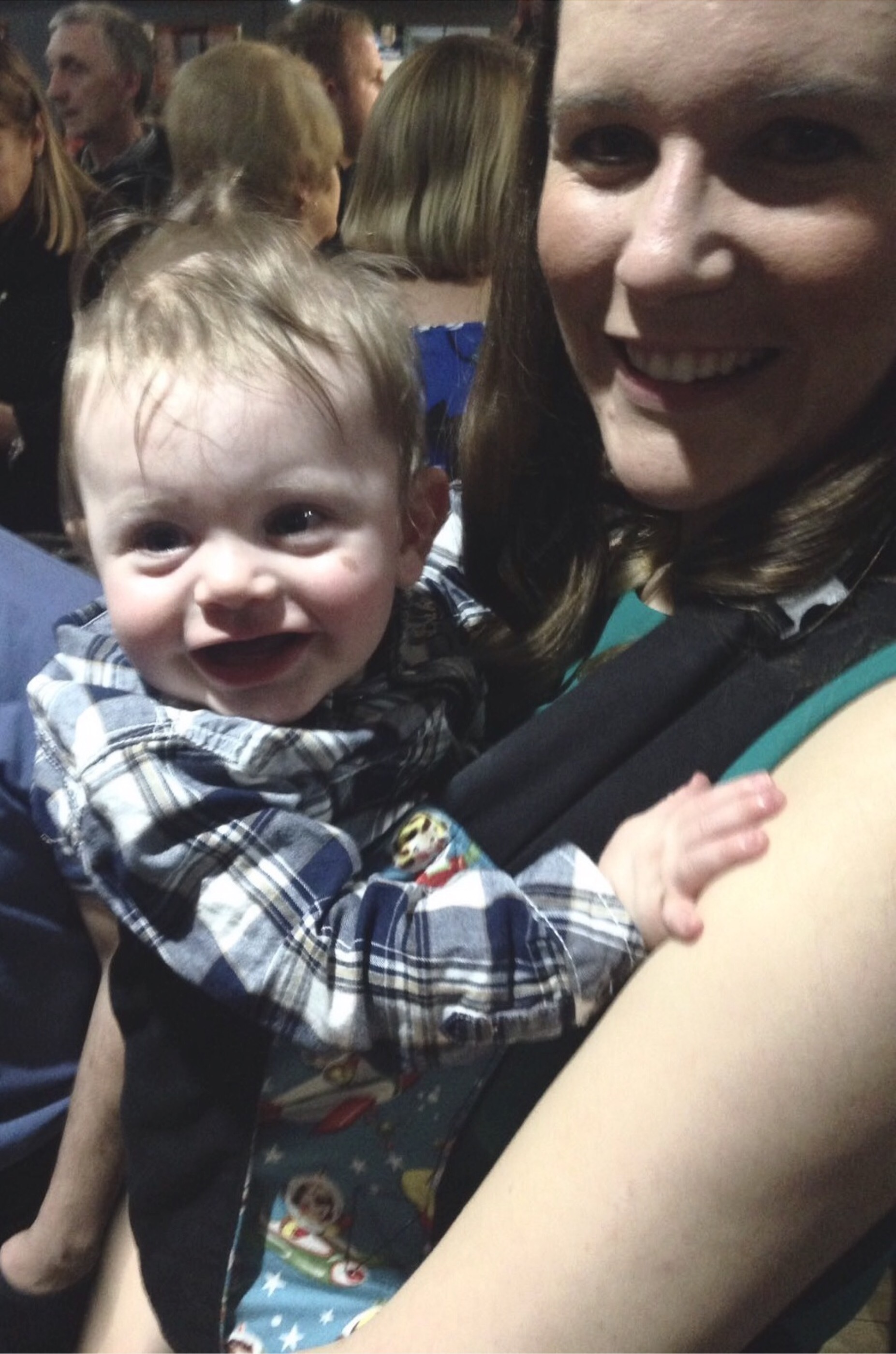 A spot of babywearing!

Having said that, I’m also the first to question my parenting as Baby Lighty gets older, and I think that Mr Lighty and I are still very much finding our feet in this parenthood game (I feel that we probably will be finding our feet forever more, no?). As Baby Lighty gets bigger and we’re at the start of the demanding ‘terrible twos’, for want of a better phrase, we’re having to think about discipline. I don’t really like the idea of the naughty step, but at the same time are natural consequences enough? I am starting to appreciate that for an adult it’s not always that easy to keep a lid on our temper when we don’t get our own way or disagree with something, so why should I expect the same of a toddler? So does this make me a bit of a pushover parent? I don’t think it does, but equally I’m also still not sure where I’m headed with my style of parenting.

Similarly, I sometimes wonder if we should be more baby led, and whether this would make us better, more tolerant parents. But then there are some things which are non-negotiable and cannot be compromised on, such as teeth brushing and nappy changes. There are also times when safety has to come first, such as when he needs to hold my hand whilst walking down the road. 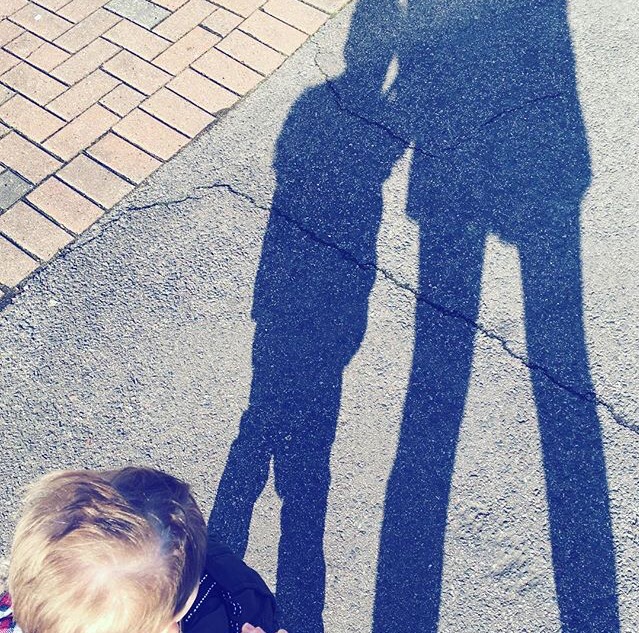 Holding my hand whilst walking down the road.

And while we’re on the subject of safety, I’m sure that some people (myself included, quite often!) will see Mrs Lighty as the ‘paranoid mum’. The words “be careful!” are forever on my lips now that Baby Lighty is on the move and I have researched and researched and researched again into various elements of parenting, particularly those where safety is involved, such as the benefits of Extended Rear Facing car seats. But then isn’t it our duty as parents to keep our little ones safe?

Some will question or even judge the fact that I’ve gone back to work. The question “but who looks after Baby Lighty?!” accompanied by a shocked tone of voice often pops up when I say that I’ve returned to the workplace. FYI, he’s safely ensconced with his lovely childminder, not left at home to run riot and generally fend for himself! In all honesty, as much as I do think it sets a very positive role model for children when parents work, and I’m really loving my two days at work, the decision to go back to work was less of a choice and more of a necessity.

Part of me worries that I’m going to end up being a bit of a pushy mother. Why? Well I’m already torn between taking Baby Lighty to baking lessons or Spanish or French lessons when he turns two, plus I still want to fit in our two regular baby groups that we already attend. I feel like I want nurture all of his passions and strengths, and I guess now is the time to do that. When he gets older, I’m sure he’ll be telling me what he wants to do, so am I wrong to be a little bit pushy now and hopefully set him on the right track towards making the most out of life?

Then of course, there are also those days when I don’t feel like I’m doing a good job at all. When I question my own parenting, when all I seem to do is shout and lose my patience. Perhaps on those days I am no other type of mother than simply a bad mother?

So where does that leave me? A paranoid, pushy, working hippy of a mother who doesn’t always get it right?! Do the labels affect my overall ability to parent effectively? No, I don’t think they do. Do they influence my choices as a parent? Yes, probably; I like to research and ask the opinion of others, and as such I feel that I am a better parent for gathering this information. I am by no means perfect though (who is?!). In fact, rather than subscribing to the paranoid, working hippy mother school of parenting, I actually think I subscribe to the ‘do whatever it takes to get you through the day’ school of parenting. I think we all do and we all should choose what works for us as parents, as long as what we’re choosing isn’t harmful or neglectful. A lot of my parenting is done in a way to manage my anxiety, for example; I was too nervous to co-sleep when Baby Lighty was tiny, and that’s why we didn’t do it, but I don’t judge anyone else for doing it, if it gets you through the day, or night, as the case may be. If it means you get some form of sleep, then great, go for it, I say!

I think until you are a parent, you can’t really say what your parenting style will be. And even then, nothing’s a given and you’re allowed to change your school of thought as things go along. Although I’ve managed to stick to some of the ideals that I thought I would before I became a mother, some have definitely changed. It’s like the meme says, “parenting is the easiest thing in the world to have an opinion on and the hardest thing in the world to do”. So let’s embrace those things that work for us, be they lessening worry about safety by researching the best car seat or going back to work to keep a roof over your head. Just like the sweets on a pick ‘n’ mix bar, there are many styles of parenting to choose from, so let’s enjoy the ones that taste sweetest to us and our children.