Don’t you just love it when a complete stranger makes a rash judgement about your parenting? Many moons ago now, when All Things Spliced was a mere baby itself, I wrote about how strangers are surprisingly understanding when you are in a less than ideal situation with your newborn. As a naïve new mummy, I proudly wrote how Baby Lighty had cried because Mr Lighty and I hadn’t managed to get his reflux milk ready in time due our inept parenting state, and how tolerant fellow café-goers were as we sat with our screaming newborn. Not so, it seems, when you’ve got a toddler. It seems that when you’ve got a toddler, people feel themselves justified to judge a parent by its cover.

You see, last week, we went to the zoo. A perfectly innocent family day out, you might think, but of course, when there’s a toddler involved, there’s always going to be something. Or in this case, there’s always going to be someone sat to one side deciding to judge, it seems. The zoo is about a 50 minute drive away, and as we discovered on a recent trip to our local outlet centre, Baby Lighty suffers from car sickness. This trip was no exception, and so, our first priority on arrival was to get him changed out of his wet and dirty clothes. This necessitated running with him across the car park, carrying the change bag, a change of clothes, a plastic bag for the dirty clothes, and, of course, Baby Lighty. In our haste to do this, and whilst trying to carry everything else, Mr Lighty and I forgot to pick up his coat. You know, the coat that children aren’t supposed to wear in their car seat, and had he been wearing it as we got him out of the car, someone else would have likely commented on that instead. 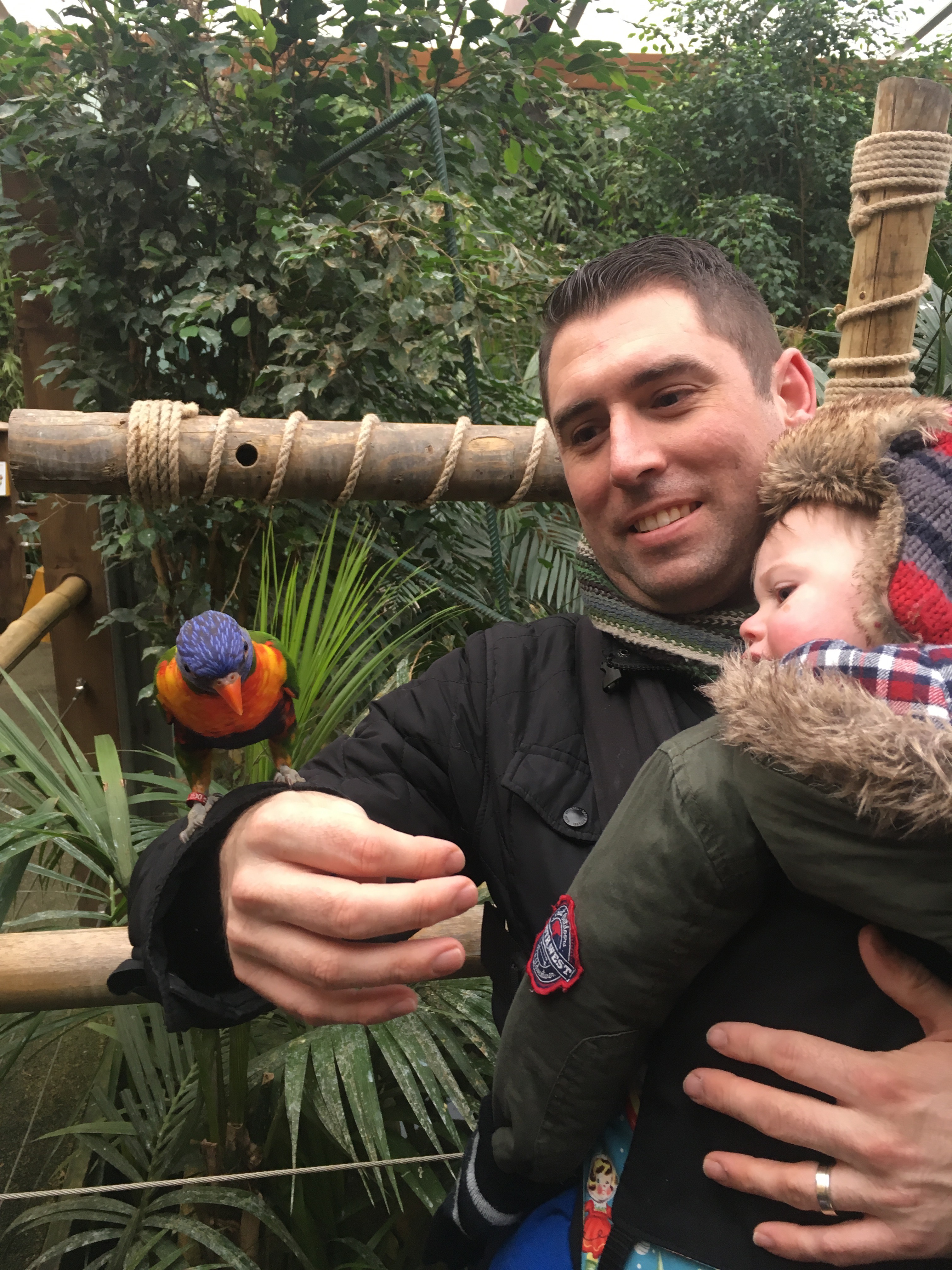 Anyway, after a hasty change of clothes in the car park loos, we ran back to the car with him to retrieve his coat. As we did this, a lady felt the need to comment to the child that she was with, but clearly loudly enough with the intention of Mr Lighty and I hearing, “well, that’s very silly, that little boy doesn’t even have his coat on!”. Yes it was a cold day, and yes, it would’ve been better to have carried his coat with us when we went to get him changed, but every parent is allowed to make mistakes. We are only human after all, and we were literally running the two minute distance with him in our arms when this lady decided to judge.

And even though I’m sure the comment in the carpark had likely made me super sensitive, when Baby Lighty decided to articulate through screaming the fact that he wanted to choose his own slice of pizza as we sat down for lunch, I was sure that several pairs of eyes of fellow patrons were upon us. (Also, don’t judge Mrs Lighty for the pizza!) 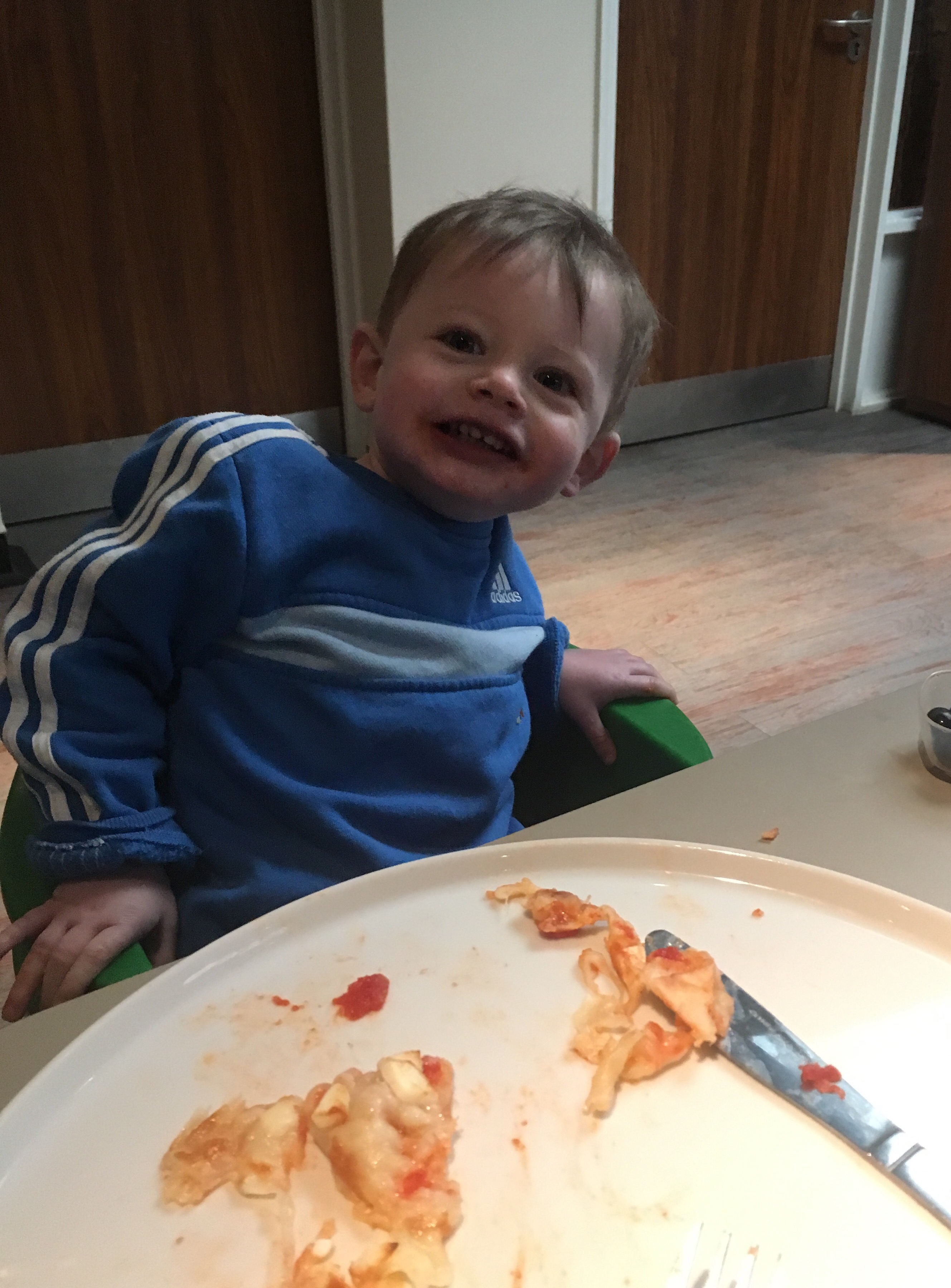 Sharing a pizza with Mummy! (#BadParent!)

I guess, as toddlers get older, people no longer see the new parents that feel like they don’t know what they’re doing. They simply see parents, and ones that should, by now, have a grip on things. They also see toddlers, that should, in their eyes, know better. Even though parenting changes constantly. Even if the reality of the world to a toddler is still a big scary place for them to navigate through.

When a toddler throws themselves on the floor screaming in a supermarket, and a parent kneels down to comfort them rather than ball them out, how does society often react? A dirty glance at the mother that can’t control their child. A huff and a puff at the toddler who can’t behave themselves. But the reality? Well it might be a mother that has done anything to get out of the house that morning, because she was so lonely inside it. Shouting in that situation will likely just make her feel worse. Similarly, the child might have additional needs. The mother might not want to make more of a scene, or she might simply parent in a gentler way than strict punishment. She might try to navigate the child through this scary world, where he is overtired and testing boundaries, rather than punish him for typical toddler behaviour.

And thinking about it, even when Baby Lighty was tiny, there were still times when people felt that they could judge my parenting by its cover. Times like the time when an older woman at a cafe commented that my child should be wearing a bib. Why she was so worried about protecting his clothes, or my clothes, I do not know. I told her that Baby Lighty was on reflux milk which is intended to stay down, hence the lack of bib. Not only did she go on to question my own sanity of burping a child sans muslin, but she went on to tell me that I should have tried giving him a soy based formula if I wasn’t willing to breastfeed. Alternatively, there were times like the time when I was reduced to tears because someone told me that I was the cause of Baby Lighty’s reflux, because I had refused to breastfeed. 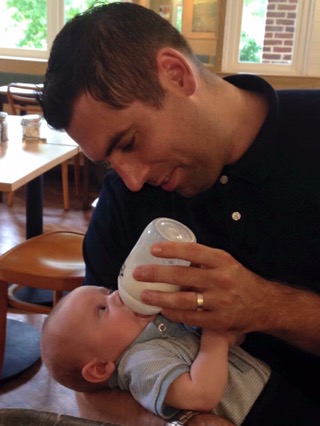 Neither woman stopped to ask me about my breastfeeding journey. Neither knew that I’d fed him for a month myself before having to guiltily admit defeat, not only because it was making me so depressed that I didn’t want to pick my baby son up, but also because Baby Lighty wasn’t gaining any weight and there were fears that he was dehydrating. Both women decided to judge first.

Similarly, at the zoo, the comment about the coat did not have the understanding behind it that five minutes previously, Baby Lighty had been covered in sick. Yes we should have taken his coat with us when we changed him, but in our haste to get our boy out of the wet clothes he was wearing, that thought got waylaid.

And I know that we’re all guilty of judging a parent, a child, a book, anyone, by their cover. It’s human nature to a certain extent, and I know I’ve done it when I probably shouldn’t have. But I’ve decided to try my best to worry about myself and my child, and let others be. If I can’t read a little deeper into the situation, then I don’t have the knowledge to judge.

29 thoughts on “Don’t Judge a Parent by its Cover”