There comes a point in every woman’s life when the question of babies starts to rear its sweet-smelling, downy head. No, I’m not talking about those relationship-changing moments when you sit down with your partner and have an often nerve-wracking conversation about whether you want to have children or not. I’m talking about all those other times when the question of babies comes up. For when you’re a woman of child bearing age, it comes up regularly. And often when you least expect it.

In the supermarket, on the train, at your slimming club. From friends, from family, and, often the most disturbing of all, from complete strangers.

This can make certain situations feel a little bit tricky. Take, for example, a recent outing to the pub with my WI friends. I’d not been feeling too well with a migraine all day, but I really wanted to go out and see them. The WI doesn’t meet in August, and I hadn’t managed to get to the July meeting, so it would have been three months between seeing them had I waited until the September. But this begged the question of, what should I drink?

A simple question for many, but when you’re a woman of childbearing age? Not so much. Why? Well, if I was to drink anything alcoholic, I’d be likely to make the migraine worse. But if I gave in to what I really wanted to do and just order a lime and soda water? Then everyone would start to question whether I was pregnant.

No. When you are a woman of child bearing age, things are not simple. Take for example the fact that I recently liked an article that my friend Abi of Something About Baby had written for pregnancy magazine Emma’s Diary. All very well and good: I’d liked it because she is my friend and I wanted to support her (and well, you know, help her beat those pesky Facebook algorithms). But then you start getting people asking you, “is there something you need to tell us? Are you going to be reading Emma’s Diary again yourself soon?” Actually, I’d quite like to have another autumnal day sat tucked up cosy on the sofa in my sweats reading Emma’s Diary, like I did one time when I was newly pregnant, but more for the fact that I’d like to be tucked up on the sofa, warm and cosy, reading something, than for the fact of being pregnant again! I actually worried about the comments from this simple Facebook action so much that I messaged Abi to tell her that in future, she was to share the articles on her own Facebook page so that I could like them there instead!

Of course, if you are actually pregnant, this also poses its own challenges. If you normally like a drink or a cup of coffee and then you stop drinking either, the questions start again. I have a certain set of close friends who noticed I wasn’t drinking when I was newly pregnant but hadn’t yet announced it. And when I did finally announce my news, they said that they’d known all along but hadn’t wanted to say as we’d had quite a difficult journey towards parenthood thus far. This was obviously great for us, but sometimes your friends do call you out on not drinking, and many people don’t want to announce their pregnancy until 12 weeks. We actually decided that if people asked us outright before our 12 week scan, we’d tell them, but this isn’t everyone’s cup of tea and it should be respected. But when you’re a woman of child bearing age, it often isn’t. 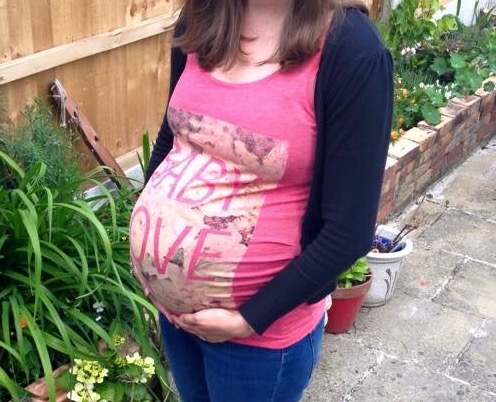 Of course, many of these examples are minor annoyances. Little things that a bit of honesty can put straight, even if you’re annoyed at having to do so. But what about those times when asking a woman of childbearing age about their baby plans can do more harm than good? What if you can’t have children? What if you simply – shock horror! – don’t want children?!

I’ve heard stories of friends of child bearing age being asked if they want to lose their baby weight, for example, when they haven’t even had a baby. Not only is this completely embarrassing for the woman in question, but it’s also really quite upsetting if you’d love a child but can’t have one.

I remember, when we desperately wanted a baby more than anything, being asked by someone at a children’s birthday party when we were going to start a family of our own, because, and I quote, “I wasn’t getting any younger” (I was 30 at the time). I brushed it off as “oh we need to finish our house renovations first,” but inside I was incredibly hurt by the comment. The person that made it didn’t know we’d been trying for a baby for the past 18 months at that point. And in this instance, it wasn’t just the woman of childbearing age that had a problem with the comment; I’d never seen Mr Lighty get as drunk as he did at the 30th birthday party that followed that night, reeling from the casual remark.

So although I’m being a little flippant, because let’s face it, in many, many ways, being a woman of childbearing age is a wonderful thing (just look at all of the beautiful babies many of us have produced, not to mention the careers we’ve created, friendships we’ve forged and the overall fabulousness of being who we all are!), I guess the point is, if your friend isn’t mentioning baby plans, don’t call her out on it unless she wants to talk. Or if she isn’t drinking alcohol for whatever reason, don’t question it. She might well be pregnant but not ready to admit it to the world; or she might just be harbouring a migraine. She may want a whole brood, or she may want none. Or you may need to remember the sensitive issue of those people that can’t have children for whatever reason.

Or it may just be that she had one too many glasses of prosecco the night before, and hair of the dog is not on the menu! Either way, go easy on her; she, is, after all, not just a woman of childbearing age, but she’s also simply a fantastic, fabulous, phenomenal woman. 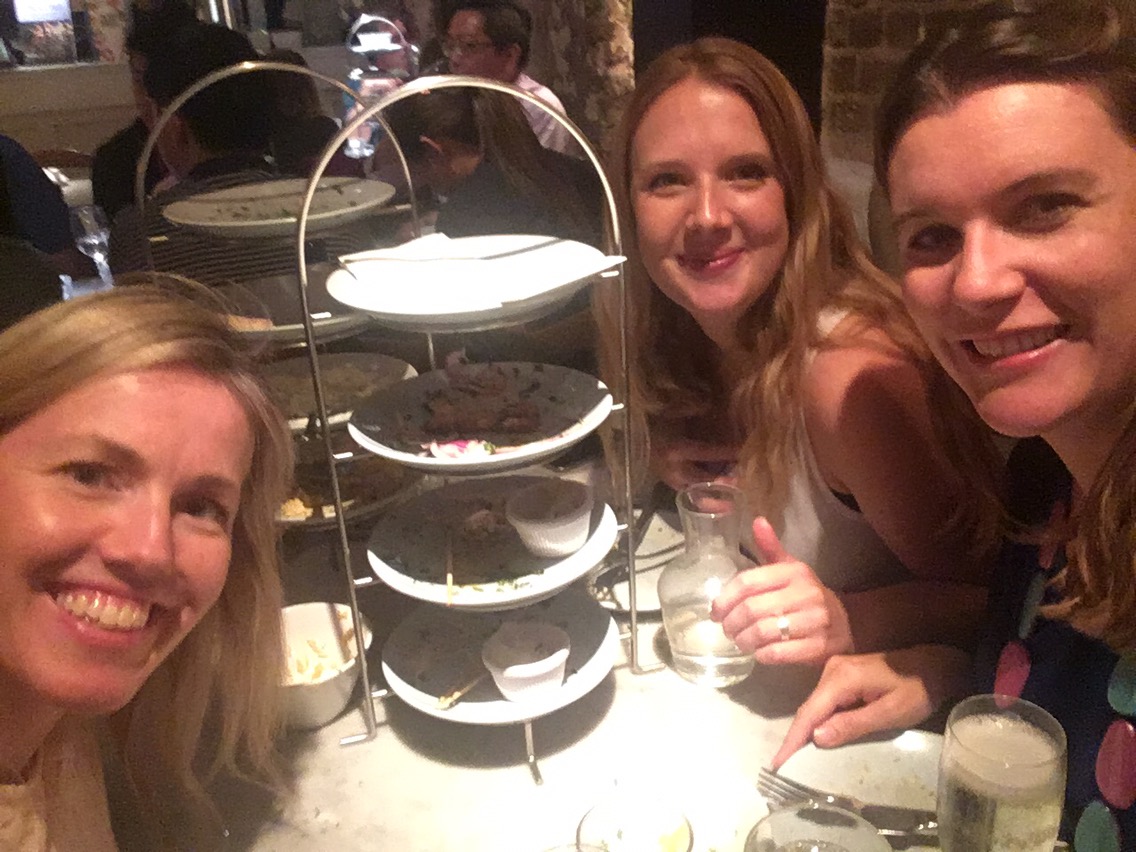 Three fabulous women of childbearing age! I *may* have written this post after sharing a bottle of Prosecco with these lovelies…oops!!