So August is at an end, and – dare I say it – autumn is just around the corner. It feels a little like summer has skipped us by, weather-wise, doesn’t it? I’m therefore hoping for an Indian Summer to take us by surprise over the next few weeks! But anyway, looking back over this past month rather than ahead to next, August’s Liked and Loved is mostly about the holidays!

We’ve been lucky to have been away twice this month, on two very different holidays, but both of which we’ve liked and loved in different ways. Throw in a couple of play dates, and that’s us pretty much done for August! Here’s what we got up to:

The start of August was dominated by our holiday to Cornwall. We spent a lovely week in a Caravan in Relubbus near to Penzance, taking not only Baby Lighty but his two little cousins with us as well (plus Mother and Father-in-Law Lighty were there too!). Our days were spent exploring the region, whiling away the hours on the beautiful beaches and generally causing havoc on the caravan park! 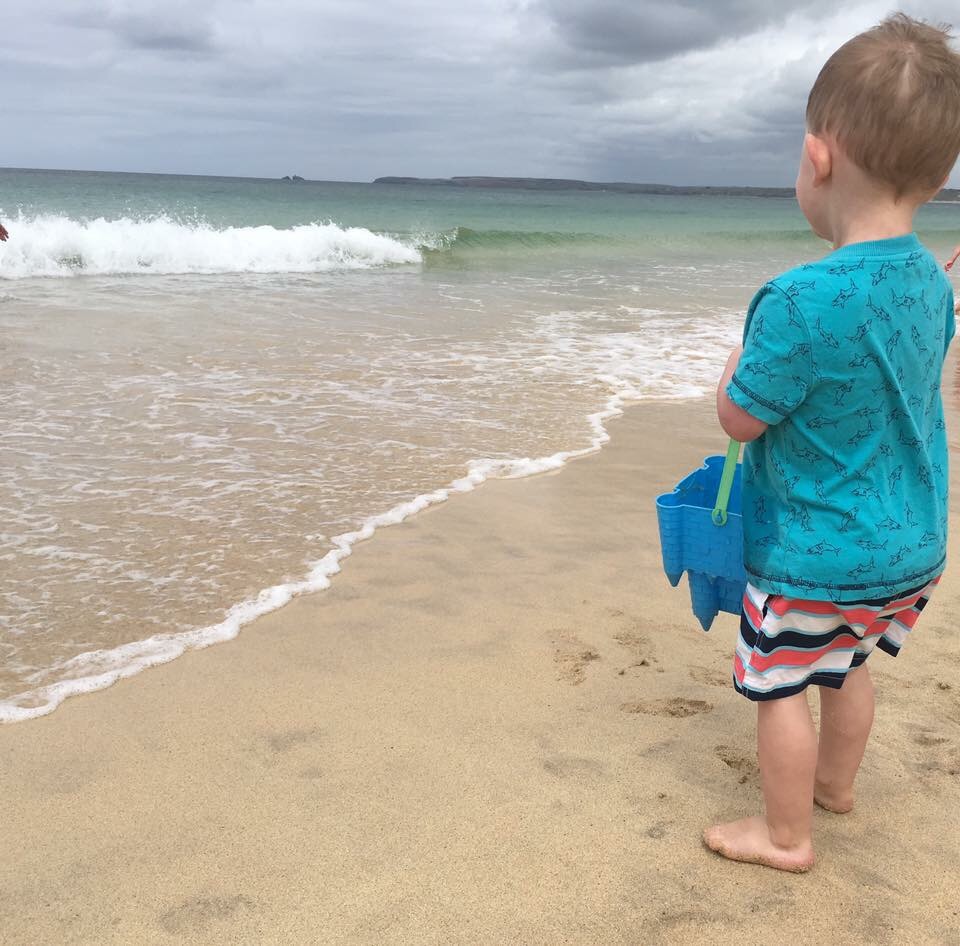 If you go down to the woods today…

Something that I’ve wanted to do since Baby Lighty was tiny (let’s face it, since I was pregnant, really!) is take him on a Teddy Bears’ Picnic. And this month, I managed to do just that! We went with some of our friends to one organised by a beautiful tearoom local to us, and it was so much fun!

There were more teddies than in a toyshop, all wonderfully dotted about the beautiful grounds, as well as so. many. bubbles!! There were also plenty of garden games for the children to play with, and each child received a picnic box with edible goodies plus a pot of bubbles each. 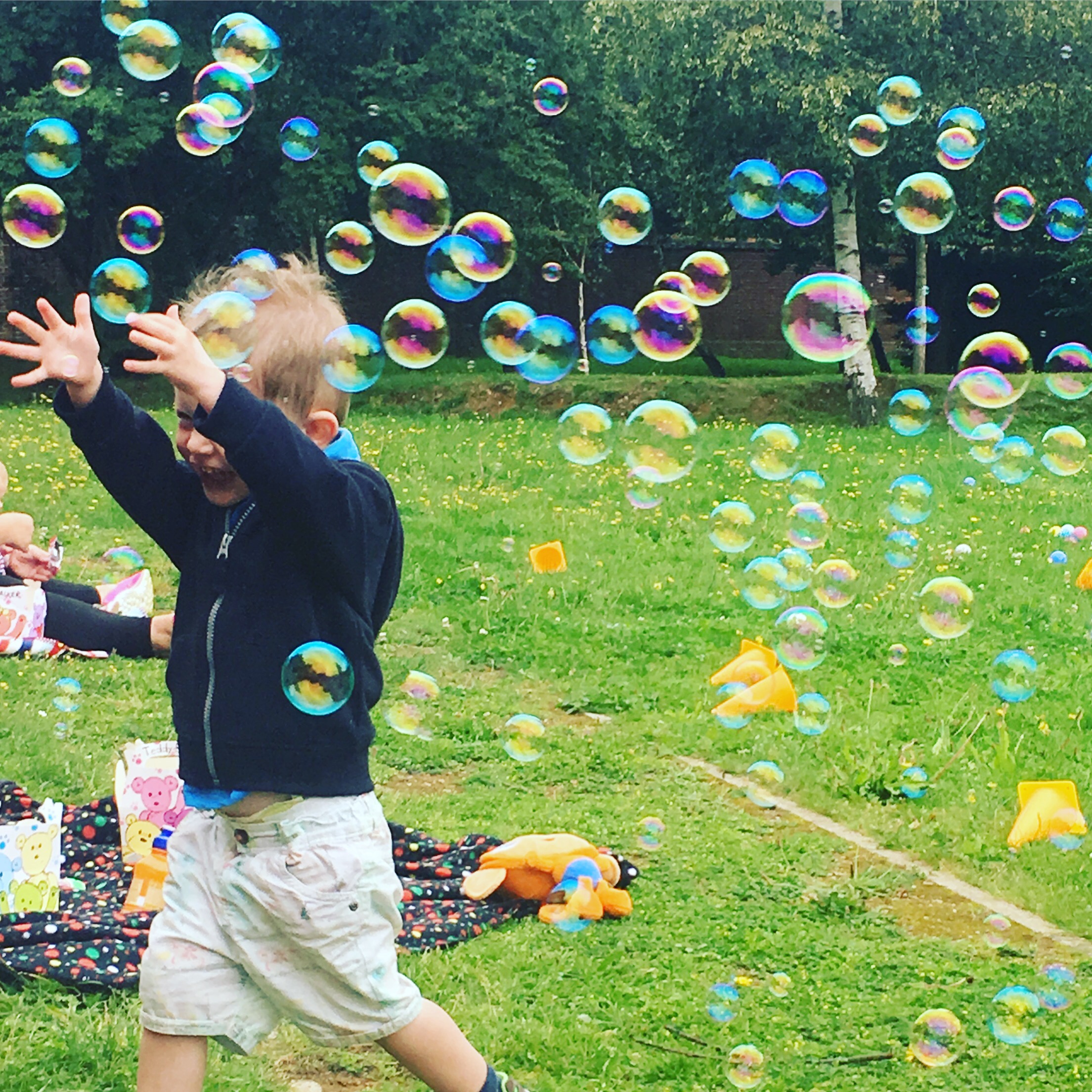 Mickey and Minnie also made a surprise appearance, gifting each of the children a Little Ted, as he is affectionately known at Lighty HQ (we already have one – or should I say five – of the Ikea Bjorn Bears, as he is Baby Lighty’s favourite!). Baby Lighty was not too sure on Mickey and Minnie, so it will be interesting to see how he fares if we manage our hoped-for trip to Disneyland Paris in the near future! I have to say though, I do think the photo below is hilarious, the look on his face says it all! 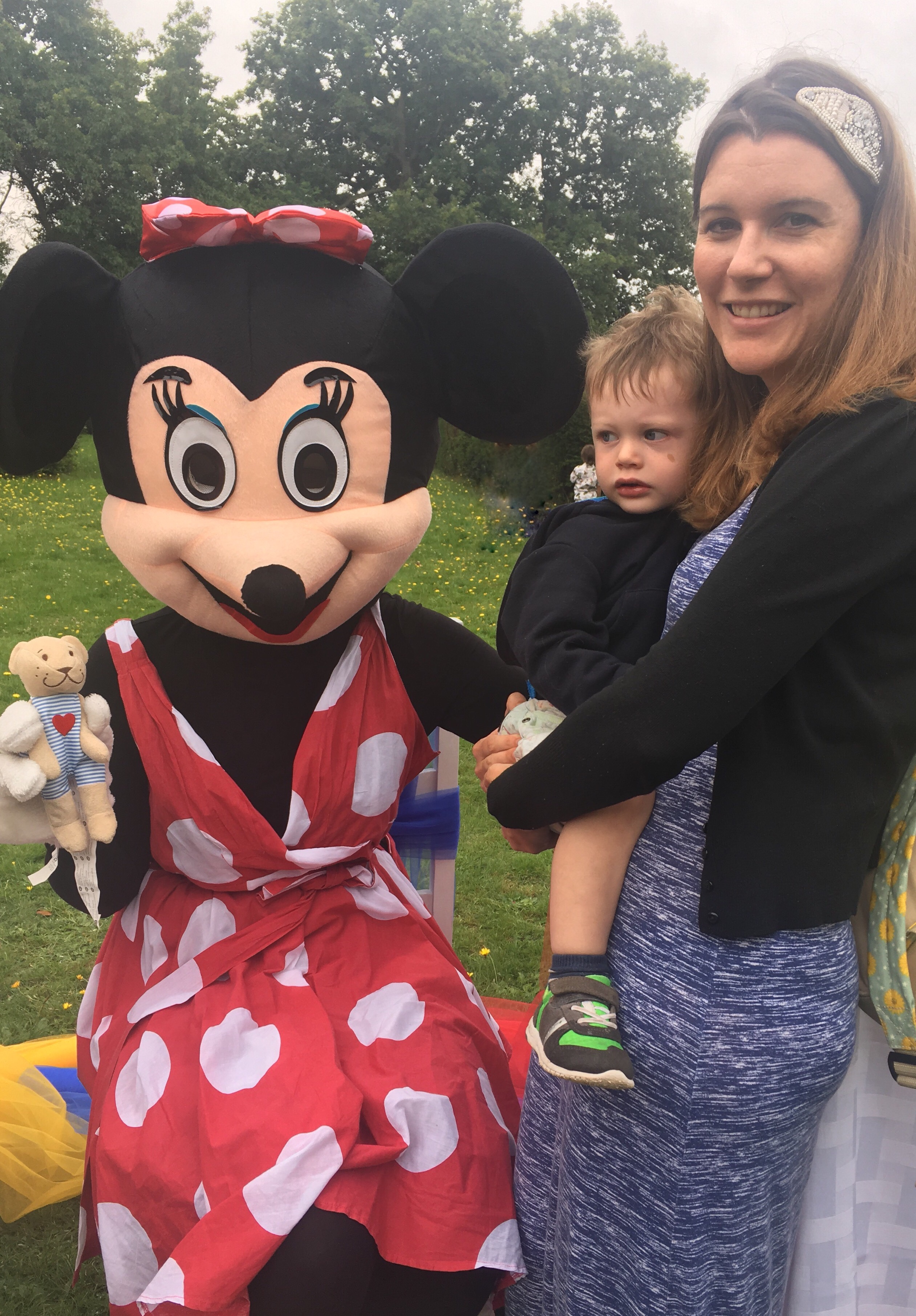 Not so sure about meeting Minnie!!

Although I mentioned at the start of this post that summer didn’t quite get the memo that it was supposed to be here already, we did manage a day at one of our local parks with our friends, which included a visit to the open-air paddling pool! I have to say though, the water was sooooooooo cold!! It didn’t stop Baby Lighty though, who went in right up to his chest! He is a lot braver than I am!! 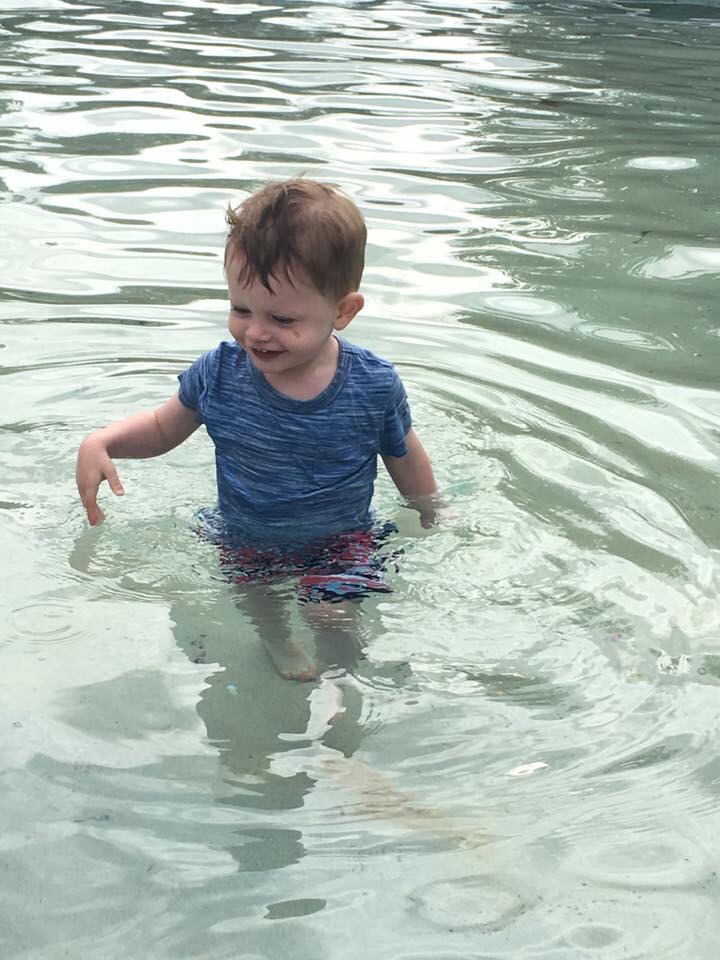 As well as our holiday in Cornwall, we have also been lucky enough to have enjoyed a bank holiday mini break to the Belgian town of Bouillon. It was such a lovely weekend in the beautiful little town! Really pretty, and lots of lovely things for Baby Lighty to enjoy too. When asked for his highlights of the trip, his response was “Zoo, big train [the Eurotunnel] and ice cream bike!” There will be a further explanation of all of this in a full blog post shortly! 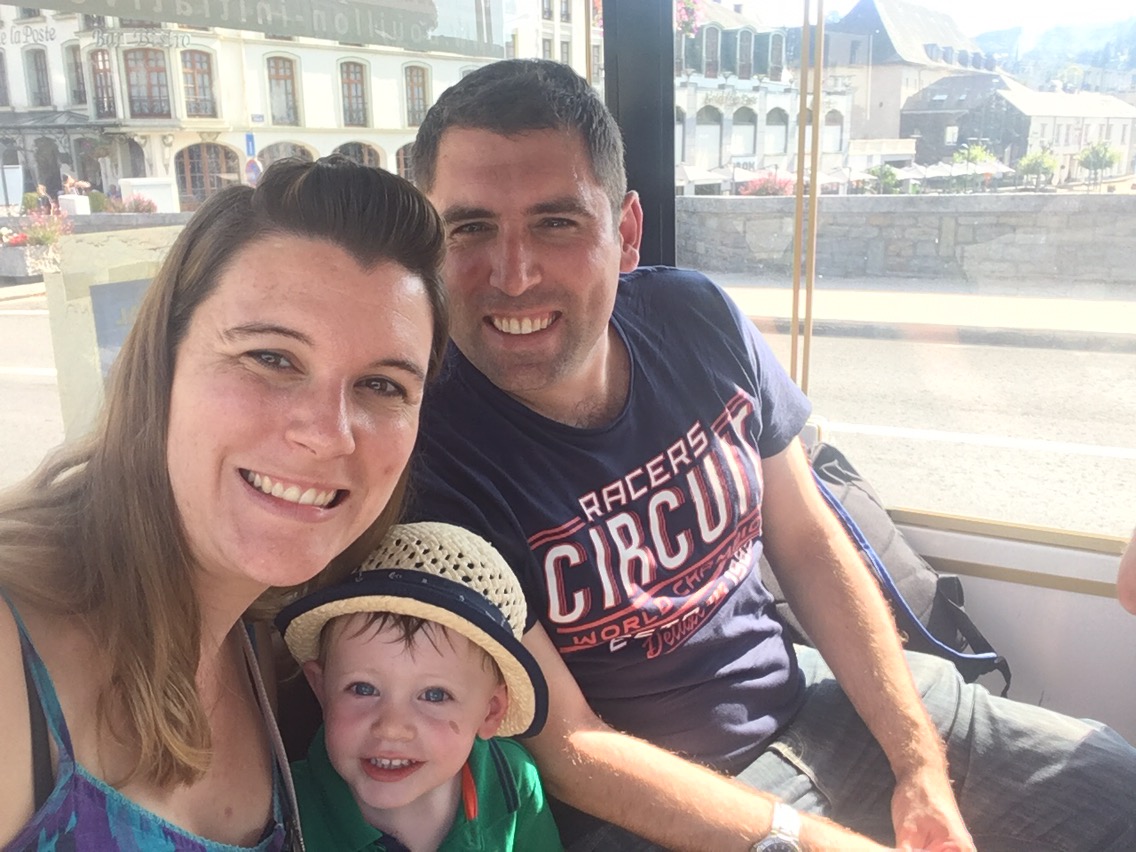 Enjoying a ride on the road train in Bouillon!

So that is August done. Although we’ve had a really lovely time, especially having had two holidays, I’m looking forward to the baby groups starting up again and getting back into our usual routine. So goodbye to summer, you’ve been a blast, but here’s to September’s adventures!