A couple of months ago, Mrs Lighty had a bit of a meltdown. Not over something as important as global warming, or whether the UK would be better or worse off after Brexit. No, nothing as important as that. It was something much more serious to most mothers I know, at least: the postman dared to ring the doorbell not once, not twice, but THREE TIMES during naptime.

I know, I know, it’s hardly the crime of the century. But to a tired mum, who really, really just wanted a sit down and a cuppa, it was tear-inducing. As soon as I opened the door, I heard a familiar little cry from the nursery. And of course Baby Lighty didn’t want to go back to sleep. As I freelance as a copywriter most evenings, I often feel like I cram the whole of my adult life into naptime. And on this day, that adult life had been stolen from me.

Looking back now, it all feels a bit dramatic. And even on the day, I think I recognised that I was being a bit of a diva, as I didn’t tell anyone about my meltdown bar my lovely Facebook baby group, and one of my NCT friends. Instead, I went and got Baby Lighty up from his nap, and sat on the sofa and cried.

I felt terrible. Here I was crying because, selfishly, I craved a bit of time to do my things: blogging, social media, to clean the house, to have a cuppa. But actually, if you’d asked me two or three years ago what I wanted to do, my answer would have been to have a baby. To be a Mummy. I felt terrible for wanting to be a little bit selfish. And I felt terrible that because I felt this way, I couldn’t give Baby Lighty my full attention.

What’s more, on speaking to my online friends and my NCT friend, it started to become clear that I’d been feeling like this for a while. I’d been feeling the weight of the world on my shoulders, or so it seemed, trying to be strong for the family, trying to put everyone else’s needs before mine. And it was wearing me down. The every day grind, the drudgery, the feeling guilty for every decision I made. I was trying to be everything to everyone: wife, mother, friend, employee, relative…and I’d started to feel like I was doing none of them well. My friends that I spoke to on that day made me see that while it’s normal to have down days as a mother, it’s maybe not so normal to be feeling like this as often as I was. And so I did as I was told by many of them, and made a doctor’s appointment.

That doctor’s appointment came and went. If I’m honest, I’d already had one appointment at the start of the year, when my migraines had started to get worse. The migraines which completely zap me of energy, which make me bone weary, sick and nauseous and feeling like my head is going to explode. The doctor then suggested I try stronger painkillers in an attempt to see if stopping the migraines in their tracks helped my mood, as the migraines felt like they were sucking the soul out of me. That doctor gently suggested that all of my other feelings were perhaps just general motherhood, but to come back if my mood didn’t improve. 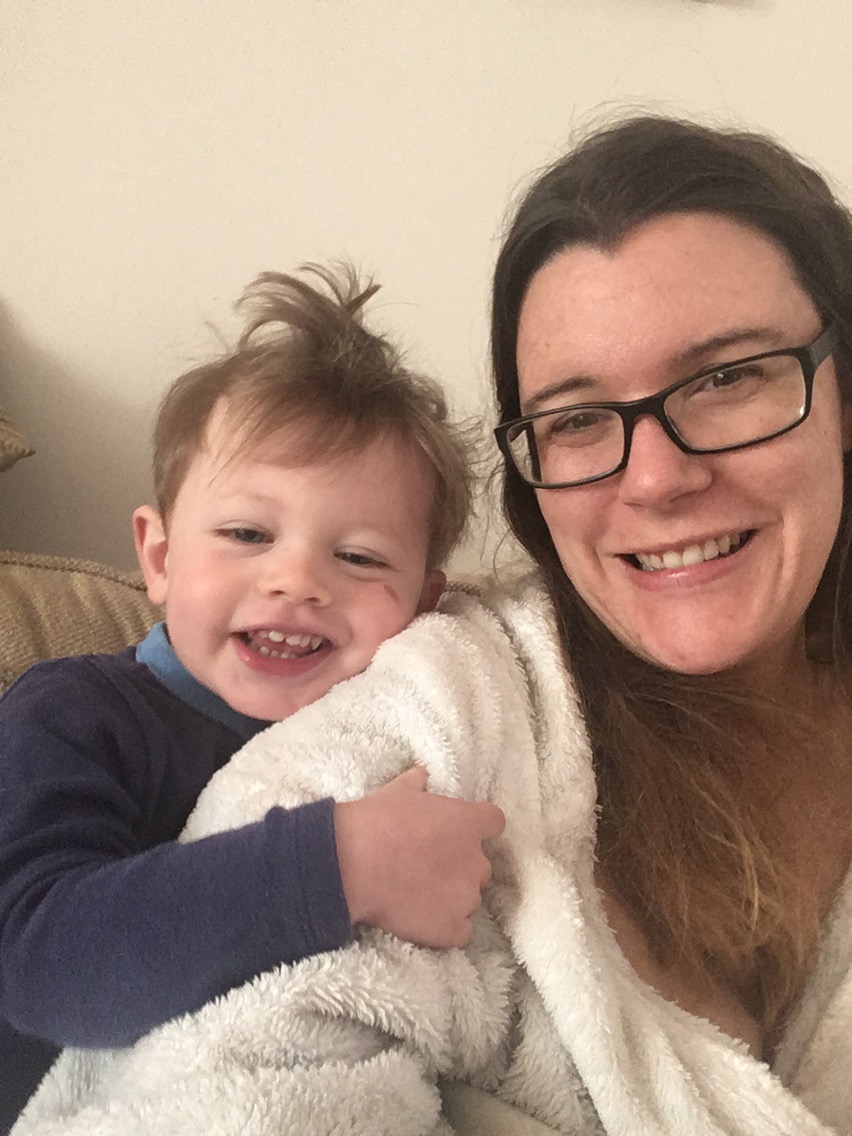 Morning snuggles…about the only good thing to come out of the migraines.

But at the second doctor’s appointment, the one I made on the advice from my friends on that emotional day, a different doctor that I saw on that occasion could see how low I’d become. I think when I described my migraines as “making me worry I was going to have a stroke”, she could see how debilitating they were. And so she prescribed me a preventative tablet, which was also a mild antidepressant.

However, a few months on, these tablets still lay unopened in the little bag from the chemist. Hiding in the kitchen cupboard like a dirty secret. Me struggling through migraine after migraine after migraine, and feeling worse mentally. You see, the doctor had warned me to take them before bedtime, as they make you rather drowsy. And I was worried that if I took them, I wouldn’t hear Baby Lighty if he woke up in the night. The thought of him crying and his mummy not hearing him broke my heart, and I just couldn’t bring myself to take them. Couple that with the fact that when I mentioned to a few people that these tablets were a mild antidepressant I was met mostly with negativity, and I felt even worse about trying them. 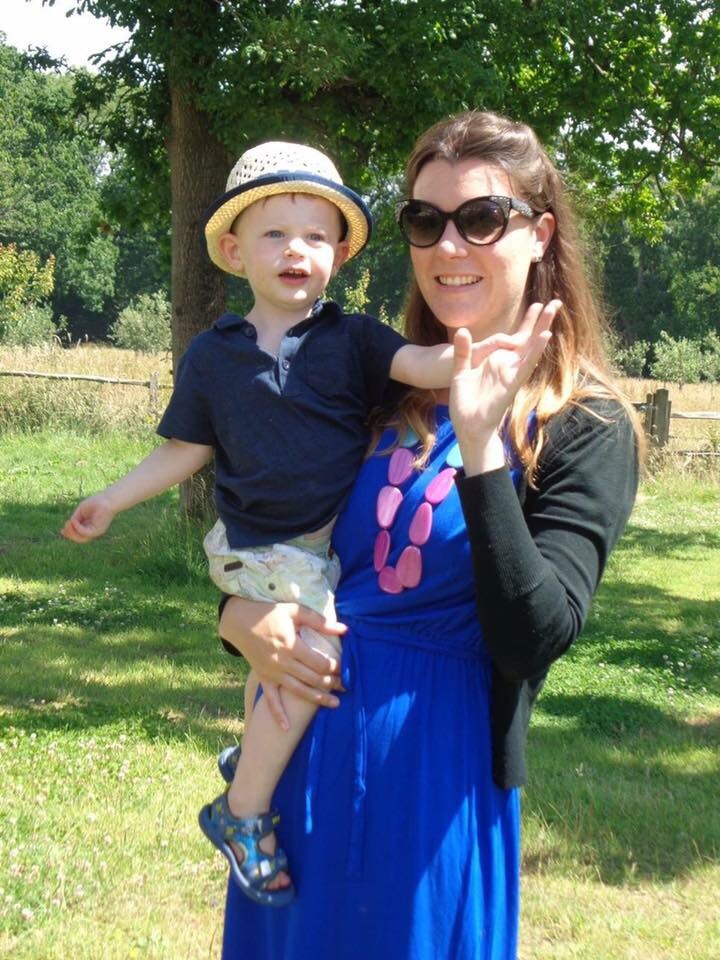 Enjoying our weekend away, after the migraine pain subsided!

Everyone I spoke to that morning seemed to question why I’d got into the situation where I had no tablets left. Why hadn’t I been more aware, more organised? But the truth of the matter is this: I am always so aware of what the other people in our little family need, that I constantly put myself on the backburner. And I do this willingly, of course I do. Doesn’t any mother? But I did make myself a promise, as I was sick yet again on the two hour journey to our weekend’s destination, that I needed to look after myself better (and even after this, it still took me nearly a week and a good talking to by another of our NCT friends and another two trips to the doctor’s to discuss how I felt and to see if we could find something that could potentially work for me!).

In all of this, the thing that strikes me is that there has been quite a bit of talk from the doctors of postnatal depression. But how can this be, when Baby Lighty is two years old? How can this be the case when I love that little chap like my life depends on it? It’s not like I don’t want him, don’t love him. I love him like any mother loves their child; it’s a love that’s selfless and all consuming and at times overwhelming. And it’s not like he doesn’t make me laugh – in amongst the tears of course – every day. So how could this be PND, two years in?

Well, I’m not sure, if I’m honest. I’m not sure if it is PND, or just feeling a little low, or a side effect of the migraines worsening. And I’m not sure how I’ll feel over the coming months. But the moral of this story is: be kind to yourself. Don’t beat yourself up on those bad days. Have a little cry when the postman knocks during naptime, even if he’s delivering a lovely anonymous care package to cheer you up when you’re having a bad mummy day (pretty sure that it was from one of the lovely girls in our Facebook baby group, and if I’m right on this fact: THANK YOU!!). Even if you have to apologise to the postman the next time you see him (true story, and he was super sweet about it). But most of all be kind to yourself: go see your doctor, check out that thing that’s been niggling you, rest when you need to rest, listen to your body and know that you’re always doing your best, even if you need a little helping hand along the way. 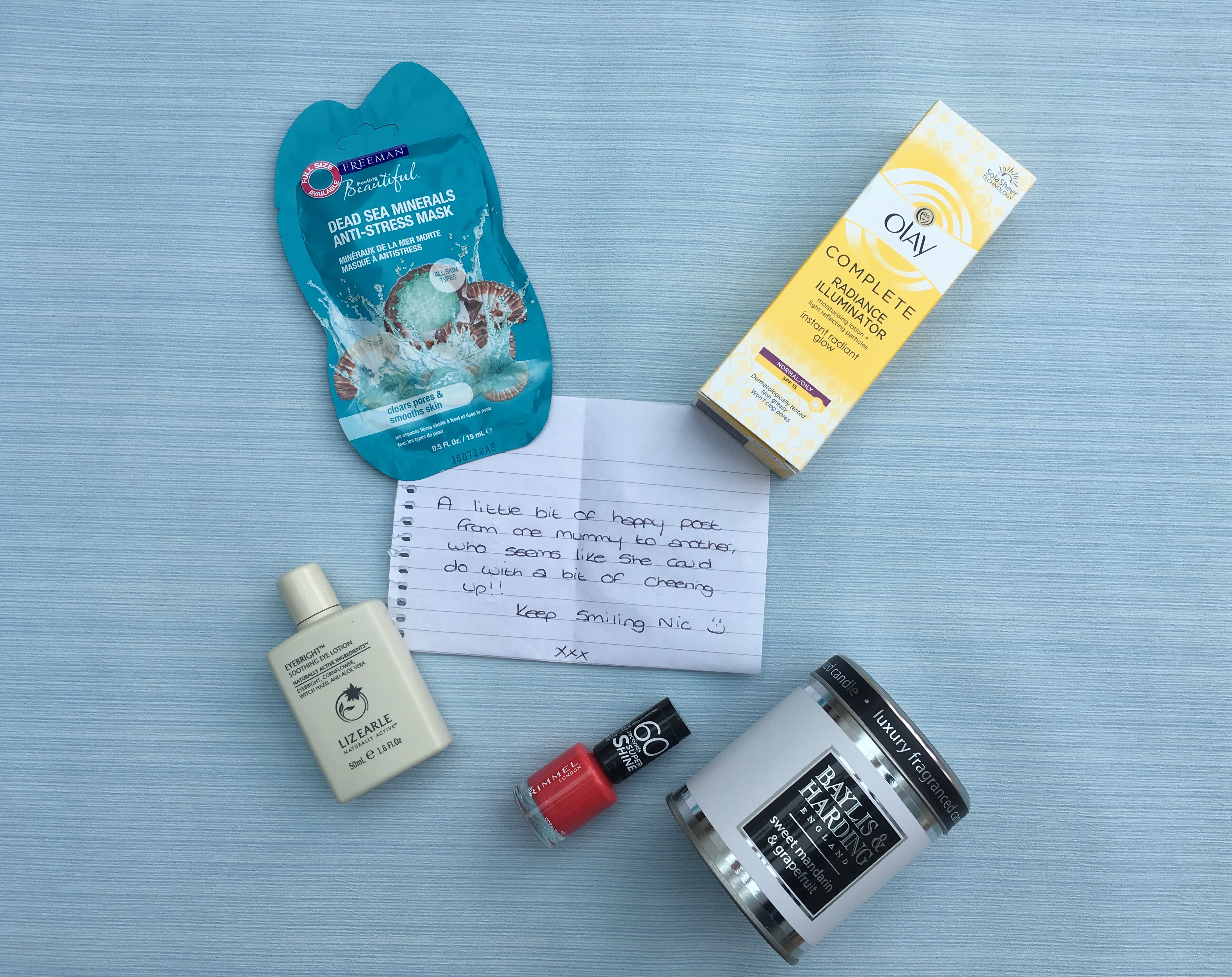