There are many, many things we sacrifice as parents. As parents, we sacrifice things willingly and without a backwards glance, because our children will always, understandably come first. Which means that certain things take a back seat. An income that isn’t almost solely to fund childcare, a house that’s not covered in plastic crap, and, of course, a good night’s sleep are just a few examples. But there are also many less obvious things that we take for granted before having children. Things that, until you’re two and a half years in, you don’t necessarily realise you’re missing until bam: one day it hits you that you haven’t done that thing for two and a half years. And actually, although you took that thing for granted before having a baby, now you come to think of it, you really rather miss it.

Ok, so I still wear earrings every day (mostly because I’ve got a bit of a complex about my face looking weird without them), but oh how I’d love to wear a necklace! Or my beloved Pandora bracelet! But no. This isn’t possible now that I’m a parent. Because now that I’m a parent, I have a small person tugging at them all the time when I do wear them, not to mention the strangulation risk of trying to pick up The Child whilst wearing a long necklace that inevitably gets caught up around them somehow. 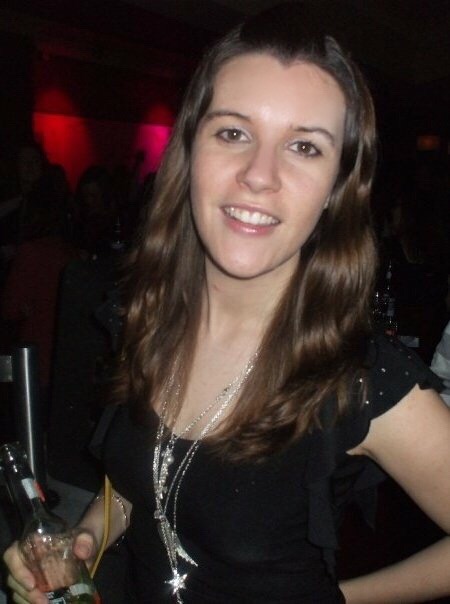 Following on from the lack of jewellery, oh how I took looking presentable for granted pre-child! By this I don’t just mean the fact that my hips are now so huge that I can’t fit into half of my pre-Baby Lighty dresses, but more so the fact that I cannot go a day without The Child covering me in crap of some description. Sometimes quite literally. How nice it would be to go to work safe in the knowledge that there isn’t banana mush in my hair, or porridge on my dress! Oh how I took it for granted pre-children that I would leave the house in fresh, clean clothes!

As it is, two incidents stick in my mind on this topic, although I’m one hundred percent sure that there are actually plenty more:

3. Eating a Meal in Peace

This is something I DEFINITELY took for granted pre-motherhood, and I’m ashamed to admit is something that I find the hardest to deal with. Particularly breakfast, for some reason. Probably because I. am. not. a. morning. person!! I feel like I actually physically need that time over breakfast to peruse social media, eat my breakfast leisurely and generally come round to having to face the day. I do not need a little person climbing all over me and the dulcet tones of Mr Tumble in the background. I also need at least three cups of tea before I start to feel human, let alone a mother!

4. Having a Vaguely Tidy Home

I say vaguely tidy, because, let’s face it, Mrs Lighty has never had a home worthy of show home tidiness. But it was at least clean, and didn’t have a carpet hidden in crumbs! I spend so much time hoovering up the mountains of crumbs whilst being followed around by a tiny person toting their own tiny Henry Hoover! The child is a crumb machine run on Duracell batteries, by all accounts! And then on top of this of course, you also have to learn how to clean your house with a toddler in tow. Not easy. Today whilst tidying (because we had the plumber coming around…Mrs Lighty needs some motivation to clean, obviously!), he threw approximately 7,648 soft toys on the floor whilst I cleaned the kitchen! Seriously, I think I just need to get round the fact that I won’t have a clean home again for another 16 years.

What do I mean by this? Well, just some time to think. I’ll admit I’m a bit of a daydreamer. And as much as I love my little talkative person, there are times when I just need to be able to walk along pushing the buggy in silence. Not answering hundreds of questions about why the moon is out when it’s morning time, or where the doggy we’ve just seen is walking to. Indeed, my best blog posts are written in my head when I’m in the shower. But since Baby Lighty now likes to shower with me, that’s not going to happen. Having a boat rammed against your foot repeatedly isn’t really conducive to thinking straight. See what I mean? Head space.

And so that’s what I’m thinking. All these things that I took for granted pre-Baby Lighty. You just don’t know what you’ve got ’til it’s gone.

But then…let’s face it…I’ll also not know what I’ve got until it’s gone in terms of Baby Lighty. I bemoan the fact that time flies all the time, so before I know it I’ll have all of these things back. But then I won’t have the sticky hands of a two year old around my neck, wanting to do ‘nosey-nosey’ (Eskimo kisses). So perhaps I ought to just savour this time, as this too shall pass. And probably all too quickly at that.

But, Mr Lighty, if you’re reading this, if I could just have one breakfast in peace for Mother’s Day, that would be very much appreciated…!