Since Baby Lighty’s false start with weaning, I haven’t been able to complain about his eating habits. He eats pretty much everything, and a lot of it. In fact, his childminder commented recently that she’d never seen a child of his age eat as much as he does. But in recent months, we seem to find ourselves in yet another weaning war: yes, we are in the breakfast battle.

I can’t say that Baby Lighty has become a picky eater, as he still eats a wide range of foods, but he seems to have a bit of an aversion to breakfast. It doesn’t seem to matter what I offer him for his first meal of the day, he’s just not interested.

I’m sure Christmas was partly to blame. If he could eat chocolate for breakfast he would, but even I’m not that bad a parent. But now we’re in April, and he’s still not that interested in breakfast. People have also suggested that maybe he’s just not a breakfast person. But considering one of the first things he says to me in the morning is “want eat”, and as Mr Lighty and I are both breakfast lovers, firmly believing that it’s the most important meal of the day, what are we to do?

Of course, we always want our littles to eat healthily if we can help it. And no, Baby Lighty, that doesn’t include your request for ‘Choc-lit’ as you so often ask for (why do they always pick up the likes of “choclate”, “biscuit” and “crisp” within their vocabularly first?!)! This has meant that I’ve scoured forums, cookbooks, asked friends for breakfast ideas and generally tried to think of things that are nutritious and wholesome. So far in our quest for a breakfast win we have tried:

Could this toddler have a better breakfast menu to choose from, seriously?! 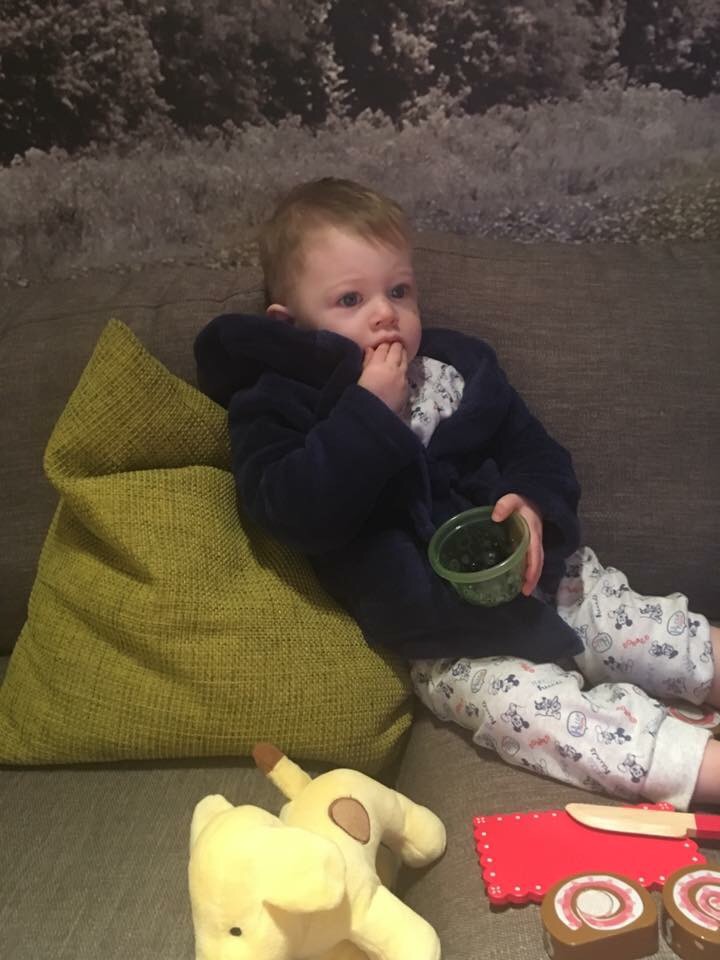 A blueberry (and wooden cake!) breakfast on holiday at Christmas…

The biggest winner tends to always be cheese and fruit, but I worry that it’s not filling him up enough. He just grazes, all morning long, demanding a banana, some blueberries, some cheese, some crackers…I wish he’d eat something more substantial!

Is this the start of the notorious toddler picky stage? Is there worse to come? I’m constantly worrying about his weight as he’s always been at the bottom of the weight charts, and this makes me worry further still. But should I be worried, I wonder?

For the past month or so, I’ve decided no, I’m not going to add to my never ending list of worries by worrying myself over what he eats for breakfast. He’ll eat when he wants to eat, and the things he’s grazing on are all quite healthy. I’ll be led by him.

And then all of this brings us to today. Today when The Child decides that after all of the choice he’s been given, after all of the yummy, scrumptious, nutritious options he could possibly eat, today he will decide for himself what he wants to eat. And that thing will be…

And he’ll wolf it down.

Because why complicate things when you’re a toddler? All you really want is a plain, boring, not-even-a-scrap-of-butter bagel, obviously.

8 thoughts on “The Breakfast Battle”