If I thought going on a first date post-Baby Lighty was hard, I didn’t realise just how hard that first sleepover would be. By ‘sleepover’, I mean that first time that Baby Lighty would stay overnight at someone else’s house. Alone. Without Mr Lighty and I. Ok, so he wasn’t alone, alone; of course he wasn’t. He was with his Nanny and Grandad Lighty. But that didn’t stop Mrs Lighty from feeling like we’d completely abandoned him.

Baby Lighty is almost 22 months now, and this last weekend was the first time we’d left him overnight with someone else. I know to many people this probably seems like madness, to have waited this long to be away from him, but I also suspect that many other parents will have felt the same way that Mr and Mrs Lighty did. 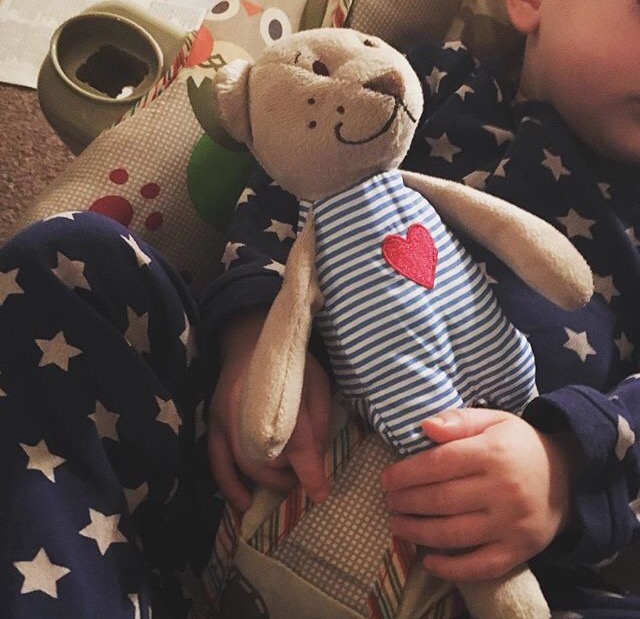 We were going out for drinks for Baby Lighty’s Godmother’s birthday, only in our local, but it felt more convenient for Baby Lighty’s grandparents if he stayed over with them, rather than have the come to us and sit and wait. We wouldn’t be far away from home, nor was he a tiny baby, but for the last 21 months, I had had him with me, under the same roof as me. Every single night, for the past 21 months, I would go into his room as the last thing I did before going to bed, check that he was ok and say to him “Night night Little Boy, sweet dreams, I love you, sleep safe”. It was my own little ritual, and for this one night I wouldn’t be doing that.

When we waved him off with his overnight bag, stuffed full of his four (yes, four!) favourite teddies and his Ewan the Sheep, I half jokingly said to him “call me if you need me!”, to which it strangely sounded like he replied with “will do!”. He seemed so little and yet so grown up at the same time. Had I done the right thing in waiting until he had a bit more awareness of what was going on to let him have his first sleepover? Or would it have been better to have had his first sleepover much earlier, when he was less aware but in some ways more adaptable?

To gauge what others thought, I asked some fellow parenting bloggers when they had let their little ones have their first sleepover with someone other than a parent, and how it made them feel. I wanted to see if I was alone in worrying like this. These were the very varied responses I got:

My son was about the same 22 months ish, he stayed overnight with his grandparents while we hired a van and moved house. I hated the idea but needs must and all that! – Just Average Jen

Alfie was as 8 months the first time I left him overnight with someone other than Daddy as I was attending a wedding that I was bridesmaid for so was staying at her house the night before. I wasn’t worried before I left him as I knew he’d have lots of fun with his cousins, and they were so excited for him to be staying over! I was more worried for my sister as he didn’t sleep through the night and she wasn’t used to babies that didn’t sleep! I missed him like crazy, but I think because I was so caught up in the excitement of the wedding, I wasn’t worried about him at all. I just enjoyed having a full nights sleep!! – Something About Baby

My son was 13 months and we had tickets to watch Cats in London. I was so excited to have some quality time with my husband and see a show that I had always wanted to watch but by the evening I kept checking my phone and texting my sister (who was staying at mine with him) and I couldn’t wait to get back to him the next day. I did have a great time but that maternal pull kicks in every time. Even now he’s three I miss him after one night. – Emma Reed

My son was five months when he first stayed out overnight. His grandparents were very excited to have him to stay over! Hubby and I had a lovely date night and lie in. Nine months later his little brother made an appearance!! – ThriftyMum

I left my 8.5 month old son with my mother and father in law in the UK for 2 nights and 3 days, because we were moving to Paris and needed to go house hunting there. Initially I had planned to take him with us but it just didn’t make sense the more we thought about it and with the itinerary we had mapped out. We would be far more efficient without him and also I was pregnant again, exhausted and vomiting rather a lot. It was absolutely fine: we got some much needed couple time, found a perfect home just outside Paris and the grandparents had some really special time with their grandson. I made a little video of me singing our little song so the grandparents could show him it over the break and also we FaceTimed a couple of times (but this was more for me than him!). A win all round! – Five Little Stars

3 days old… I was readmitted to hospital and he wasn’t allowed to come with me… the same night my milk came in and I turned into a wailing woman. Not my choice at all but it made the official first time easier when he was about six months old. – Pass the Prosecco…Please

4 weeks!! He stayed with my parents. We had to photograph a wedding when he was 5 weeks which meant an overnight stay for us, so we trialled a first night at 4 weeks to make sure he was OK, when I was close enough to get him if needed. He was awesome, only down side was needing to pump all the time as he’s breastfed. – Two Hearts One Roof

My boy is 25 months and I’m yet to leave him. This is mainly as he feeds in the night still so it’s trickier. Though I have a feeling he might actually be okay if I wasn’t there as he wouldn’t smell the milk. He would probably still wake a couple of times but I would be intrigued to see how it would go. – Scandi Mummy

My eldest was 12 weeks old, we left him for 2 nights to go on our honeymoon, only an hour away, but far enough!! I was so worried, even though I knew he was fine with my parents, and rang every hour without fail and by the Sunday we were missing him that much that we went home early! – Five Little Doves

My 13 month old was left last night with my mum at her house as I’m on a long day shift today, 6:30am – 7:15pm, so I’ll miss his get up and bedtime so won’t see him til I pick him up tomorrow. I’m so nervous but I don’t really have much of a choice and he loves my mum so I know he’s comfortable there. – Dear Mummy Bear 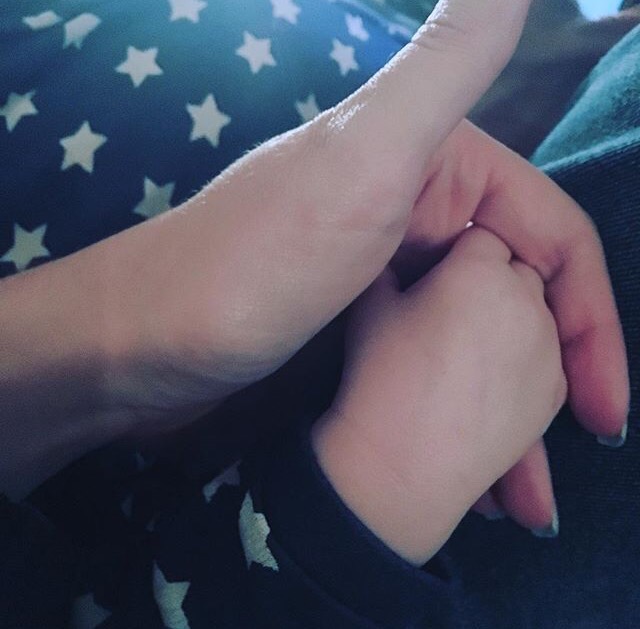 As you can see, there’s a huge range of ages of when parents left their little ones for the first time. I don’t think there’s ever a ‘right’ time, it’s just what feels right to you as a family. Of course, sometimes it’s out of necessity rather than choice, such as for a hospital stay or for work. But as I’ve said before, we all need to do whatever it is that we need to do to get through the day, and that means doing what’s right for our own family.

And as for Mrs Lighty? Well I think our good friend, one of Baby Lighty’s Godparents, Mr Melrosey summed it up best with the statement, “I’m not a parent, but I bet it’s bloody horrendous. I bet it feels a bit like ‘I’d really like to enjoy this pint but at the same time I’m really worried about my baby'”. Yep…pretty much sums it up! As much as I enjoyed our evening with our friends, it didn’t stop me from waking up at 3:30am (having got in at 2am!) and worrying about Baby Lighty. I couldn’t wait to see him the next morning, and it was lovely when he came running up to me for a cuddle once he was home.

Was I ready to let him go for his first sleepover? Honestly? Maybe not. But at least I now know that we can both have fun when we’re apart overnight and enjoy those cuddles once we’re reunited.

82 thoughts on “The Sleepover”