I seem to be thinking a lot about judgement recently. There seems to be a lot of shaking of the head, and “tsk, tsking” going on on All Things Spliced at the moment, and I’m sorry to say that this is another post wondering why, as a society, we seem so intent on tearing each other apart. And can I just point out that it’s not Mrs Lighty that’s “tsk, tsking” whilst shaking her head? No, it’s not me, but it does seem to be everyone else. And I suppose, I am, in a way, judging everyone else’s reaction to aspects of society, but a big part of me is ready to shout from the rooftops: “Stop! Just stop! We need to be building each other up, not tearing each other down!”

I’ve already written about the comments The Lightys recently had directed at us during a visit to a zoo. The majority of parents will, unfortunately, have been at the brunt end of a comment or other such as this at some point in time. However, since then, I’ve seen judgement reach further still. On a Facebook group I belong to, which I stress isn’t focused on parenting, there was recently a discussion on the ruling that wheelchairs take precedence on buses over buggies. This is a really emotive subject for many, and I don’t think it’s always as clear cut as this ruling would hope.

The subject up for discussion on this group was whether a young mum in a wheelchair had precedence on the bus over two young mums with buggies. All three mothers were using the bus to collect their older children from school. Whilst I don’t know the ins and outs of that particular case, I feel like it’s such a hard one to call. All three mothers needed to use the bus to collect their children, and none of us onlookers could know the exact circumstances of any one mother over the other. I feel for all three mothers in this situation, and precisely because I didn’t know all of the ins and outs of the story, I felt that it wasn’t my place to judge. 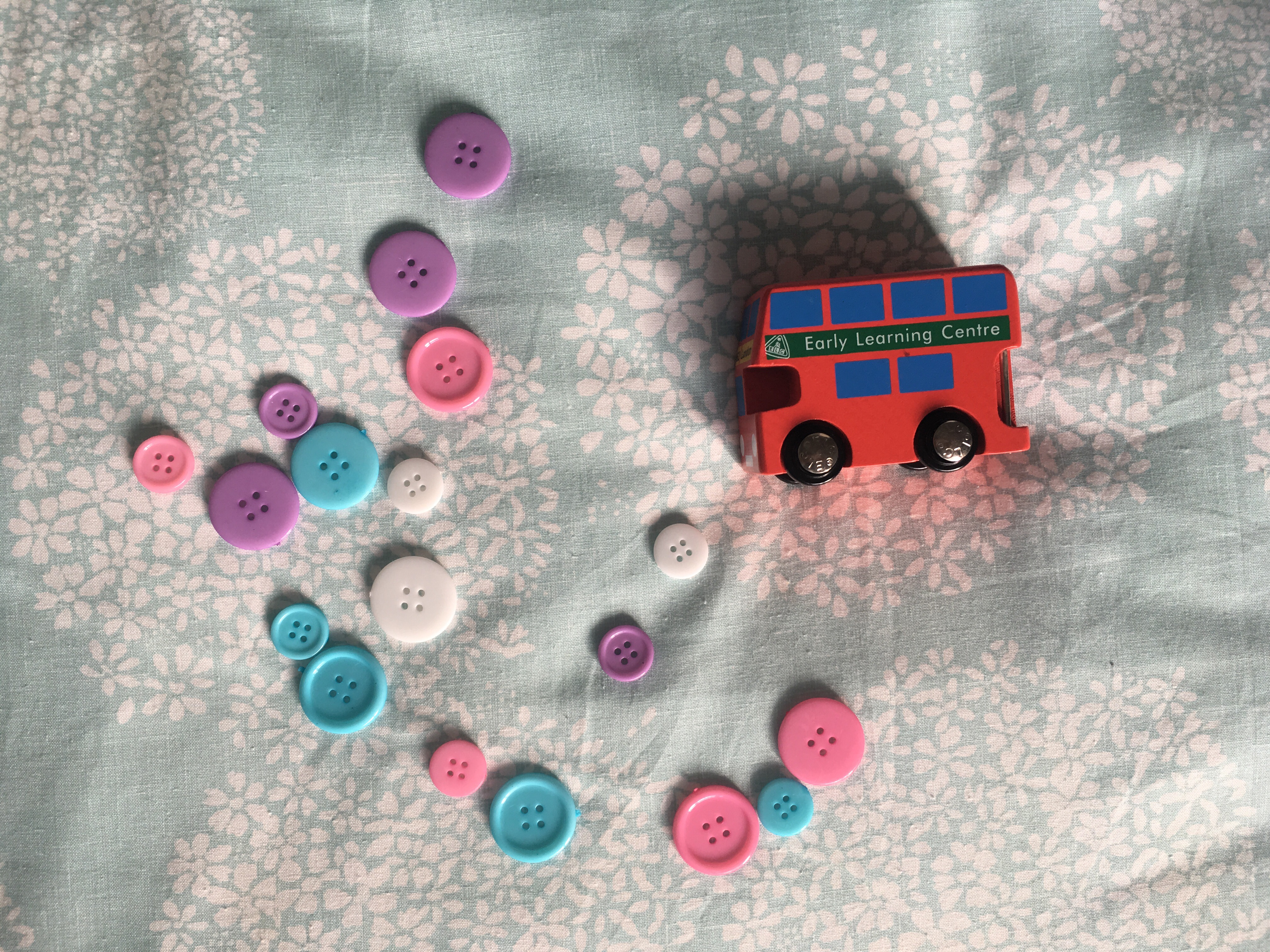 However, on seeing that other women in this group were happy to judge, calling the mums with buggies ‘selfish’ for not giving up their space on the bus, I did feel like I needed to point out that none of us knew these women personally, nor did we know their individual circumstances. As a regular bus user, I have always said that I would give up my buggy space on the bus for a wheelchair user, as I can appreciate that this time of Baby Lighty needing to use the buggy is a temporary situation for me. But that may not be the case for all mums. Some may be suffering from postnatal depression and anxiety, some may not be able to walk long distances, some may have disabilities themselves. They may have children who would be distressed at their parent arriving late to pick them up from school. In this day and age of competition for school places they may simply live too far away to walk. Or, there may have been a major road to cross, and it’s unfair to expect both the wheelchair user or the mums with buggies to have to cross this on foot.

Imagine my shock, therefore, when not only were the women on this group judging the mums on the bus, but they also started to make comments to me, such as saying that I should walk long distances, as they used to do years ago, and “don’t modern buggies fold?”. They didn’t know my circumstances. They didn’t know that I regularly walk an hour’s round trip to our Monday baby group, and an hour and ten minutes’ round trip to our local library’s rhyme time. They didn’t know that the reason that I use the bus to get to our Thursday baby group is because without it, I’d have to cross the M25 on foot, something that I’m not willing to do with the buggy, especially considering that the buggy with Baby Lighty in it was recently reversed into by a car pulling off its drive on a quiet street near us (and before we’re judged for that, the driver waved us round, and as I manoeuvred around the car, the driver went to pull forward but didn’t realise she was still in reverse, backing into us instead of going forward).

I recently had to fold the buggy on the bus for the first time in 21 months, and it was an experience, to say the least. I had to rely on the kindness of strangers to hold the buggy for me while I tried to comfort Baby Lighty, who had a mini breakdown over the fact that he was being taken out of the buggy on the bus. I can’t imagine having to do this with a newborn; at least Baby Lighty can stand unaided while I fold the buggy, and even after all of this, I still managed to lose Baby Lighty’s hat in all of the hullaballo. I like to think that despite suffering bouts of anxiety, I am a relatively confident person, yet I stepped off of that bus feeling like a nervous wreck. The fact that I took to Instagram with the below post shows this.

On the whole, I tend to use the sling on the bus to avoid this situation, although I would always get off the bus for a wheelchair user if I did have the buggy with me. In fact, I have done before, because there wasn’t enough space for the wheelchair user to manoeuvre off the bus when they came to their stop, and as I went to get back on, the bus started to close its doors and pull away, leaving me banging on them to get back on. Being called a “stupid cow” by the driver of the bus for getting off was just lovely, and made a then very anxious new mum by the name of Mrs Lighty cry. 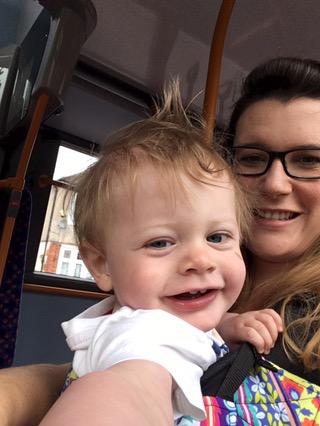 On the bus, in the sling!

Incidentally, when I phoned the bus depot to enquire as to whether Baby Lighty’s hat had been handed in to lost property, I found myself explaining to the operator what had happened that day on the bus and that I knew it was only a hat that I’d lost, but that I felt so stupid for having lost it. His response? “It doesn’t matter that it was only a hat, it was your hat so it’s worth checking. This parenting malarkey isn’t easy, so keep up the good work. You’re doing a great job!”

And isn’t that just the sort of kindness of strangers that we do need? The kindness of the older couple on the bus and the kindness of the bus depot operator helped to show me that difficult situations can be made easier, and that’s what we need, isn’t it?!

After all, the three women on the bus were all mums. And I’m lucky that in my experience, I’ve had some awesome support from what I call the Secret Sisterhood of Awesome Mothers. And as such, I will always help another Mum – indeed, another woman, another person – out if I can. I always try to offer another Mum a sympathetic smile and some kind words if her little one is throwing a tantrum in public, or say to them “I’m glad it’s not just my one that throws things”. Or when I see that a parent has forgotten something, lend a replacement if I can or at least say that I’m always forgetting pieces of baby kit too to show my support. It’s not much, I know, but sometimes a kind word and a smile goes a long way. I guess there’s nothing more I can do than air my opinion here – and I know that some won’t agree with it, but that’s ok – and continue to offer those little words of support where I can.