Here’s a few words that will strike fear into even the bravest of parents: toddler, four hour, flight.

Yep, Baby Lighty’s very first flight was four hours long. We’d originally thought we’d pick something shorter – you know, an hour, possibly two – and then we discovered that it was a lot more economical to go to the Canaries and thought, “Aaaah well. Four hours on a flight with an almost three year old…how difficult can it be?!” And the optimists in us maintained this thought even though every time we asked Baby Lighty if he wanted to go on an aeroplane, he replied with “No thank you, it go in the sky!” 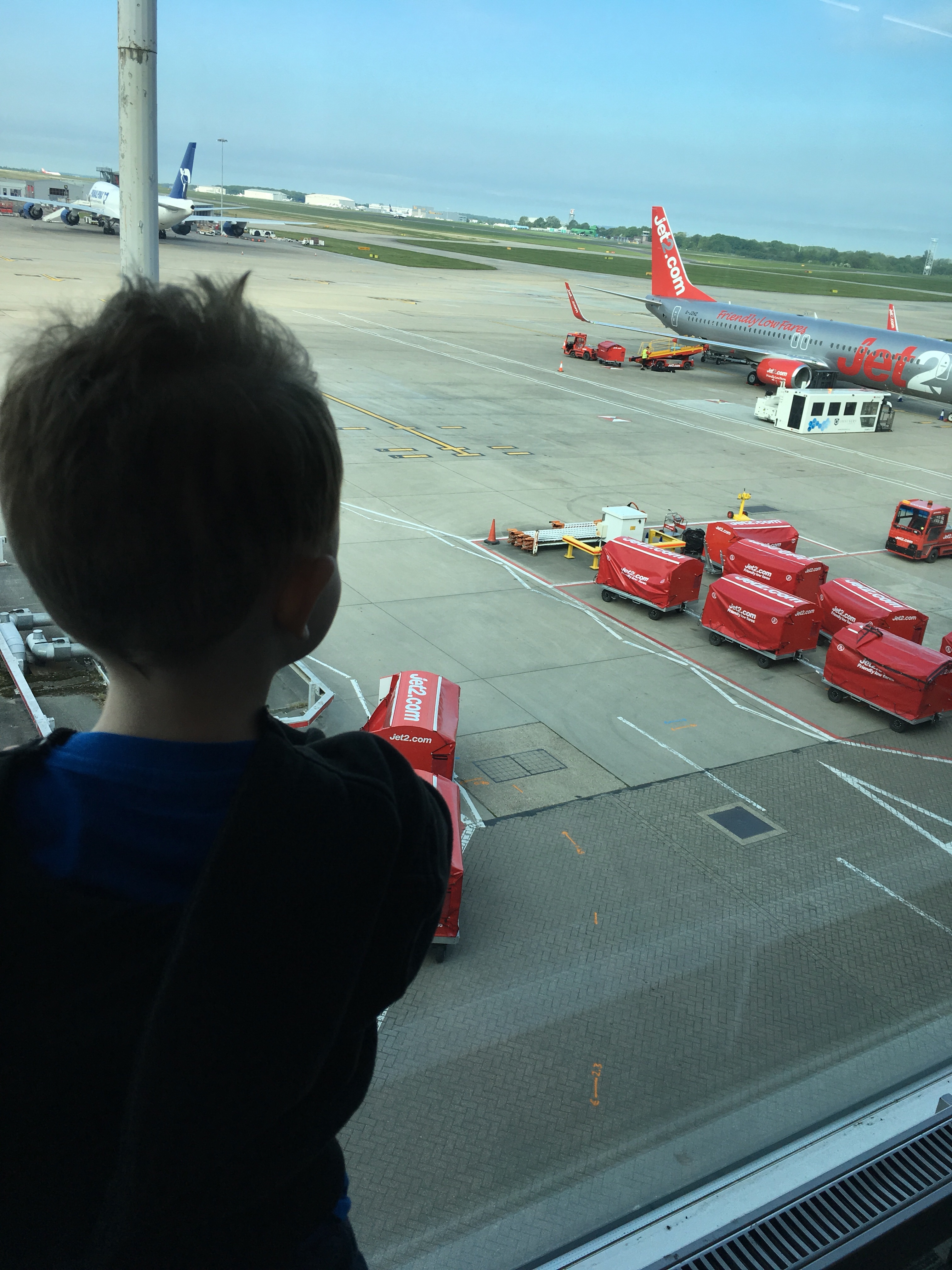 But to get to Gran Canaria, go on a flight we must. And this meant thinking of ways to entertain Baby Lighty for four long hours. When I wrote about the holiday activity packs that I made for our caravan holiday last year, I based them on what I’d do if I needed to entertain Baby Lighty on a flight. Remember when we were kids, and you used to get a little entertainment pack on a flight? Well, let’s face it, nowadays you’re lucky if you get luggage allowance, let alone a kiddie pack! Which is why I’d always said that I’d make my own flight activity pack for Baby Lighty when the time came.

And so that’s exactly what I did for his first flight. I decided that it needed to have plenty of things that we could sit and do together – colouring, sticker books, etc – some novelty items that he hadn’t seen before, and of course, plenty of snacks!! Here’s a little look at what I included in his flight activity pack: 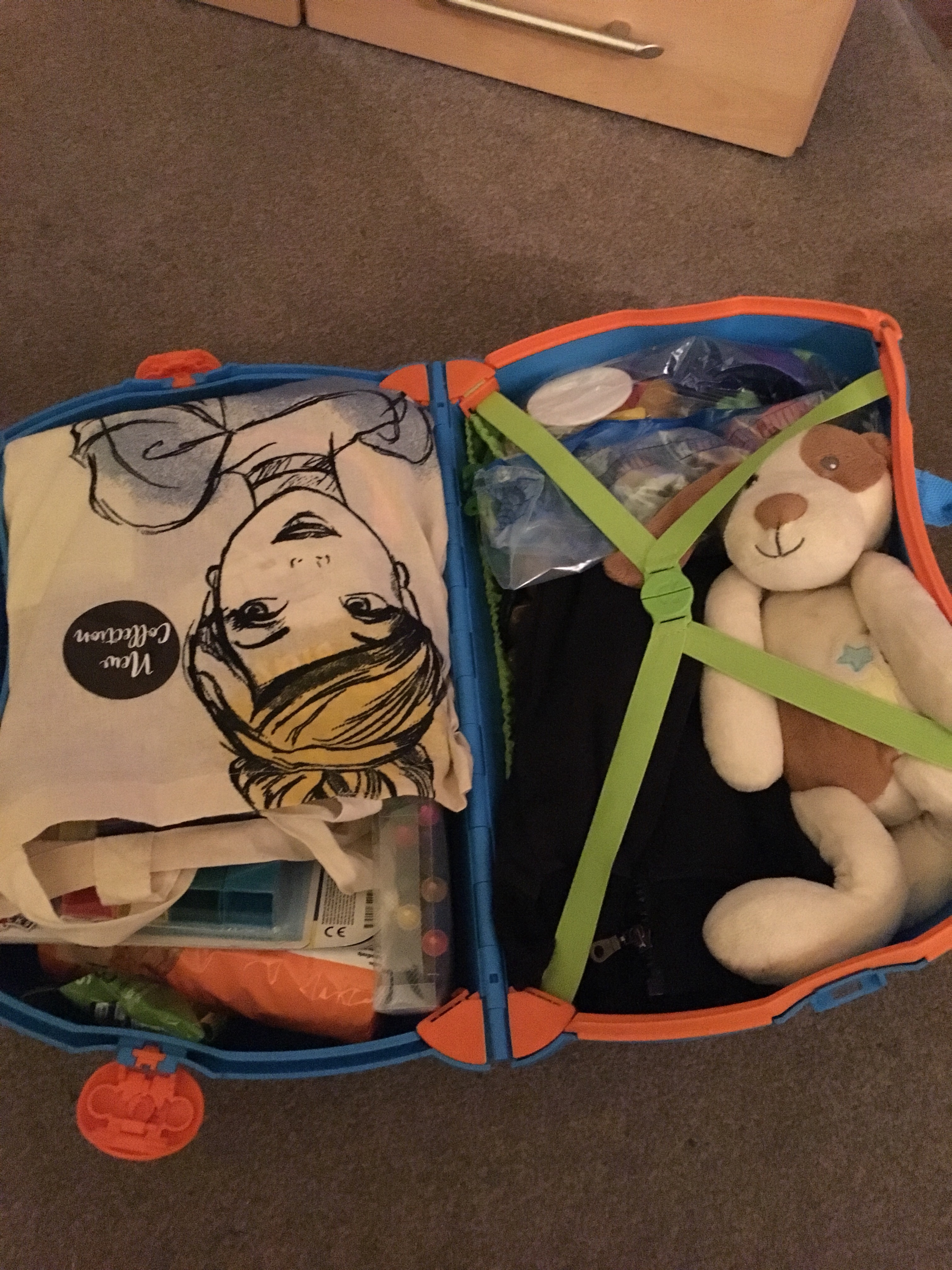 We also included two of Mr Lighty’s old Teenage Mutant Ninja Turtle action figures which he happened to retrieve from his parents’ loft the weekend before we flew, as we knew that, being new to Baby Lighty, they would grab his imagination and attention.

We also included a few items that we already had at home, and which we knew Baby Lighty liked to play with. These included:

On the way home, Baby Lighty was also allowed a lollypop that he’d won as part of the kids’ club’s pirate day activity, to help his ears with the pressure. I think this was one of his favourite parts of the holiday!!

Top Tips for Surviving a Flight with a Toddler

Of course, surviving a flight with a toddler is not just about the activities you take with you on board the aircraft. There’s definitely more to it than that. So what worked for the Lightys? Here are a few points that worked for us as a family: 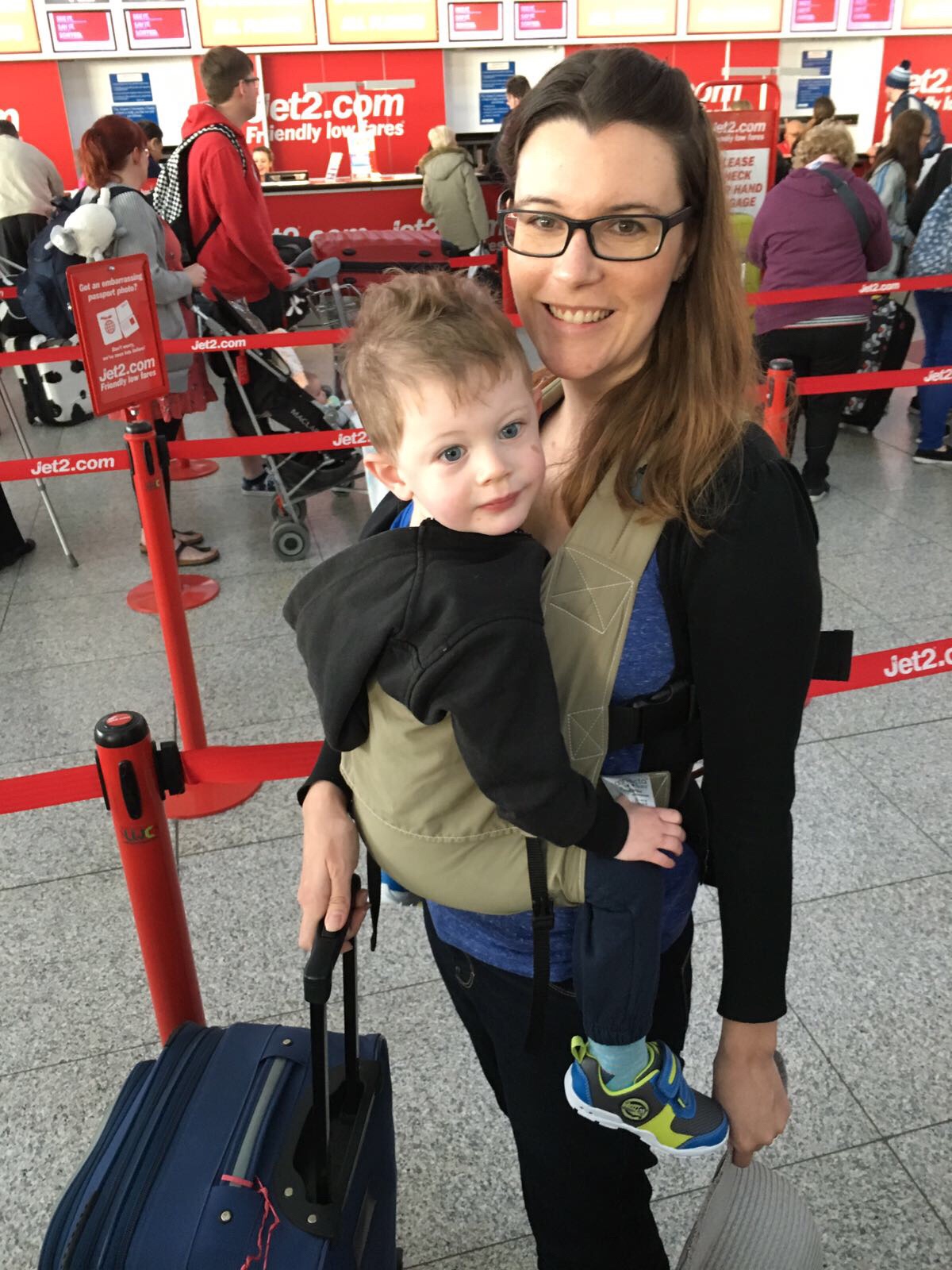 And you might just get to do Something a Little Special…

One of the best parts of our first experience of surviving a flight with a toddler? Telling the stewards that it was Baby Lighty’s first flight, and them arranging for us to go into the cockpit on landing! Baby Lighty actually got to sit in the pilot’s seat; I’m not sure who was more chuffed, him or Mr Lighty!!

We were really lucky with our first toddler flight experience (so much so that Baby Lighty even managed to sleep for three hours of the slightly lengthened five hour flight home, thankfully!!). It’s never going to be a walk in the park, or the most enjoyable experience, but needs must, and at the end of the day, we got a lovely holiday out of it.

And let’s face it, if you can survive a flight with a toddler, you can pretty much survive anything!!