On our most recent visits to Disneyland Paris, we knew they would be somewhat different from the last time we went, pre-child. The last time we were there, Mrs Lighty was eleven weeks pregnant. We only really had ourselves to worry about; we could go anywhere we wanted, do anything we pleased, within the constraints of what is advised during pregnancy, of course! This time around, we would have a toddler in tow. And as everyone knows, toddlers are curveball-throwing, parenting-law-of-sod-inducing, laws onto themselves. Chuck in over-tiredness (and that was just Mrs Lighty!), a giant mouse and general excitement, and we may just have had a recipe for disaster on our hands! So how, exactly, would we survive Disneyland with a toddler?!

Well, for one thing, plenty of research in advance. I have a Pinterest board dedicated to all things Disney, which helps me to remember any tips I’ve read along the way. Secondly, if I’m going to highlight one post in particular which I found helpful, it’s this one from Mum Muddling Through; as a fifth-time visitor, I found loads of Sarah’s tips super helpful, so it’s definitely worth a read if you’re visiting for the first time.

Things that we’d add when it comes to how to survive Disneyland with a toddler? Well, I guess it goes a little something like this…

I won’t go massively into money saving aspects in terms of the park tickets and travel here, as I’ve already written about my thoughts on this previously over on my travel blog. But, in terms of taking a toddler to Disneyland and saving money, this is what we discovered:

1. Every blog post you read about visiting any of the Disney parks will advise to buy merchandise in advance. It’s not until you have a small person in tow tugging at your heartstrings and asking if they can have something from every. single. gift shop they go in that you realise the value in this advice!! We took some of the Disney teddies we already had with us, and also stocked up on t-shirts and sweatshirts with the characters on in advance. Baby Lighty was so proud of being able to show Mickey and Goofy that he was wearing something with them on, that it did actually make keeping his coat on him during the cold days quite difficult! He looked completely gorgeous on New Year’s Eve too, when he wore a little shirt and bow tie covered in Mickey Mouses. We also purchased our autograph book in advance from my friend at Retro from Scratch. 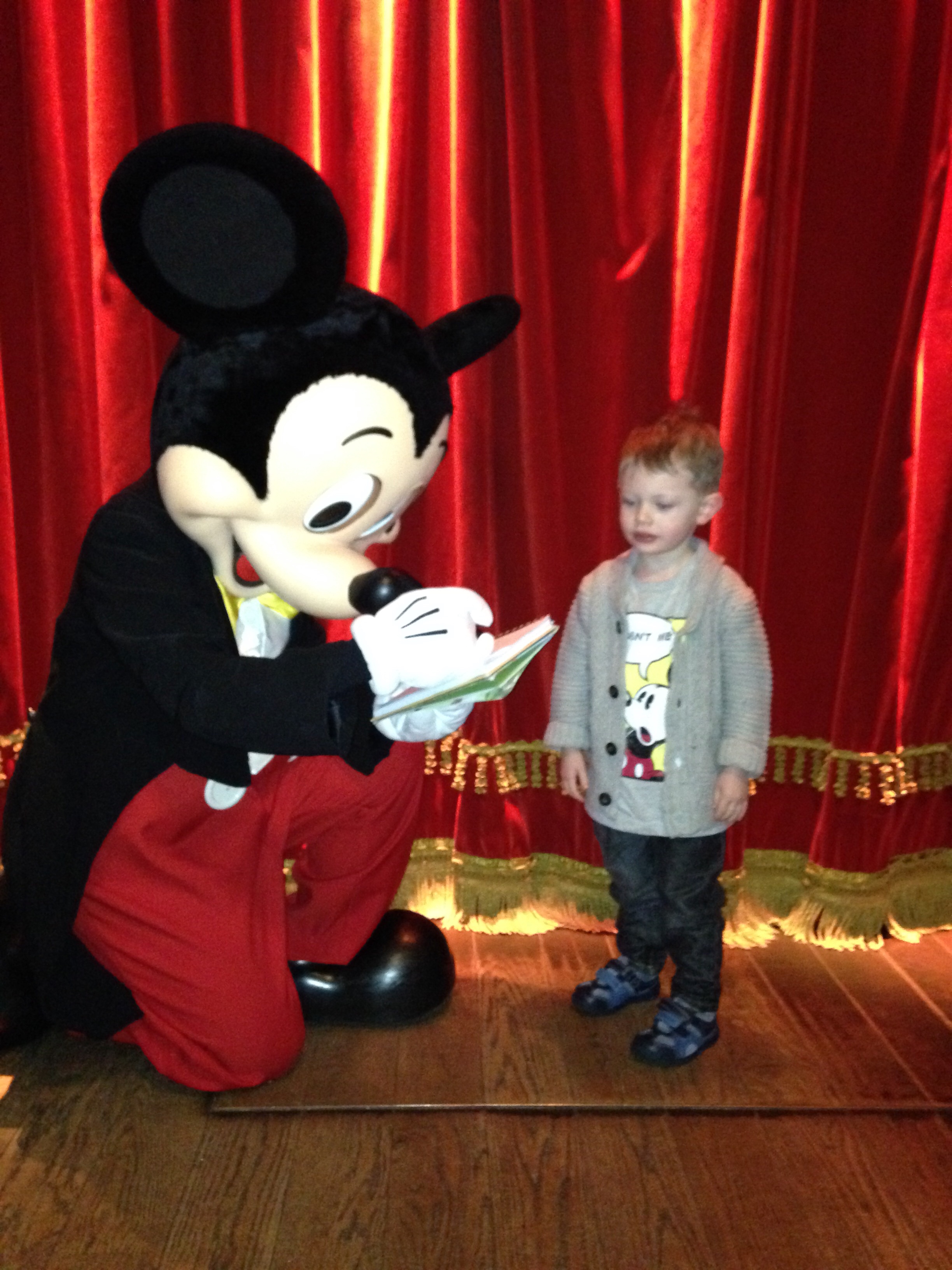 Dressed in Primark, using his Retro from Scratch autograph book to meet the main Mouse!

3. If you’re looking to buy some of the professional photos and / or ride photos, then it’s worth seeing if you can upgrade to a PhotoPass. Particularly for us, as annual pass holders, we were able to upgrade one of our passes to include PhotoPass for €49 for the year. This entitles us to all ride photos and photos taken in the parks by the professional photographers for a whole year! Do bear in mind, however, that in extreme weather, the PhotoPass photographers aren’t always out; when we went during the Minibeast from the East in March 2018, it was too cold for the PhotoPass photographers to be out with the characters, unfortunately.

4. Remember that if you don’t want to carry lots and lots of toddler items with you, some of them you can hire there. We didn’t take our buggy with us (see point five below!) but we did hire one on the second day we were there. If, like us, you decide to upgrade to an annual pass, some passes include buggy hire in the cost of the pass; otherwise, there is a small charge. Similarly, we didn’t take the travel cot with us, and just asked the hotel to provide one.

5. Do what works for you as a family. For us, this is babywearing. We love to babywear, and it really did help us to survive Disneyland with a toddler! Although we hired a buggy on day two of the visit, Baby Lighty would much rather walk. When it got too much, we popped him in the sling. He even had a little nap in it on a couple of occasions as we waited in ride queues! So if you are babywearers, don’t think that you can’t do Disneyland with just the sling. Having said that, if a buggy works better for you, then go for that option! There’s plenty of buggy parking around the attractions, and of course you can load your bags etc on the buggy, too; similarly being able to tie things to the handles of the buggy may also stop you from having to walk around the parks holding a Mickey Mouse balloon when your toddler decides that they are way too cool to hold it themselves! 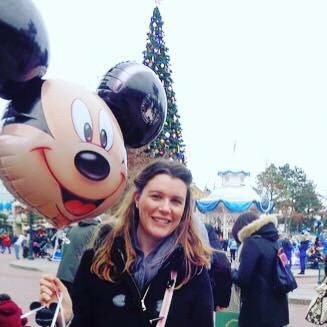 When your toddler is too cool to hold their balloon themselves…

6. Baby Swap: what on earth am I going on about? Well, this is something that’s designed for when parents have small children, yet still want to go on some of the bigger rides. One of you queues, whilst the other stays with the child. Then once the rider disembarks the ride, they ask a cast member for a baby swap voucher. This then entitles the person that stayed with the child to go on the ride themselves, without queuing. Also works if your child falls asleep in the queue and doesn’t get to ride! 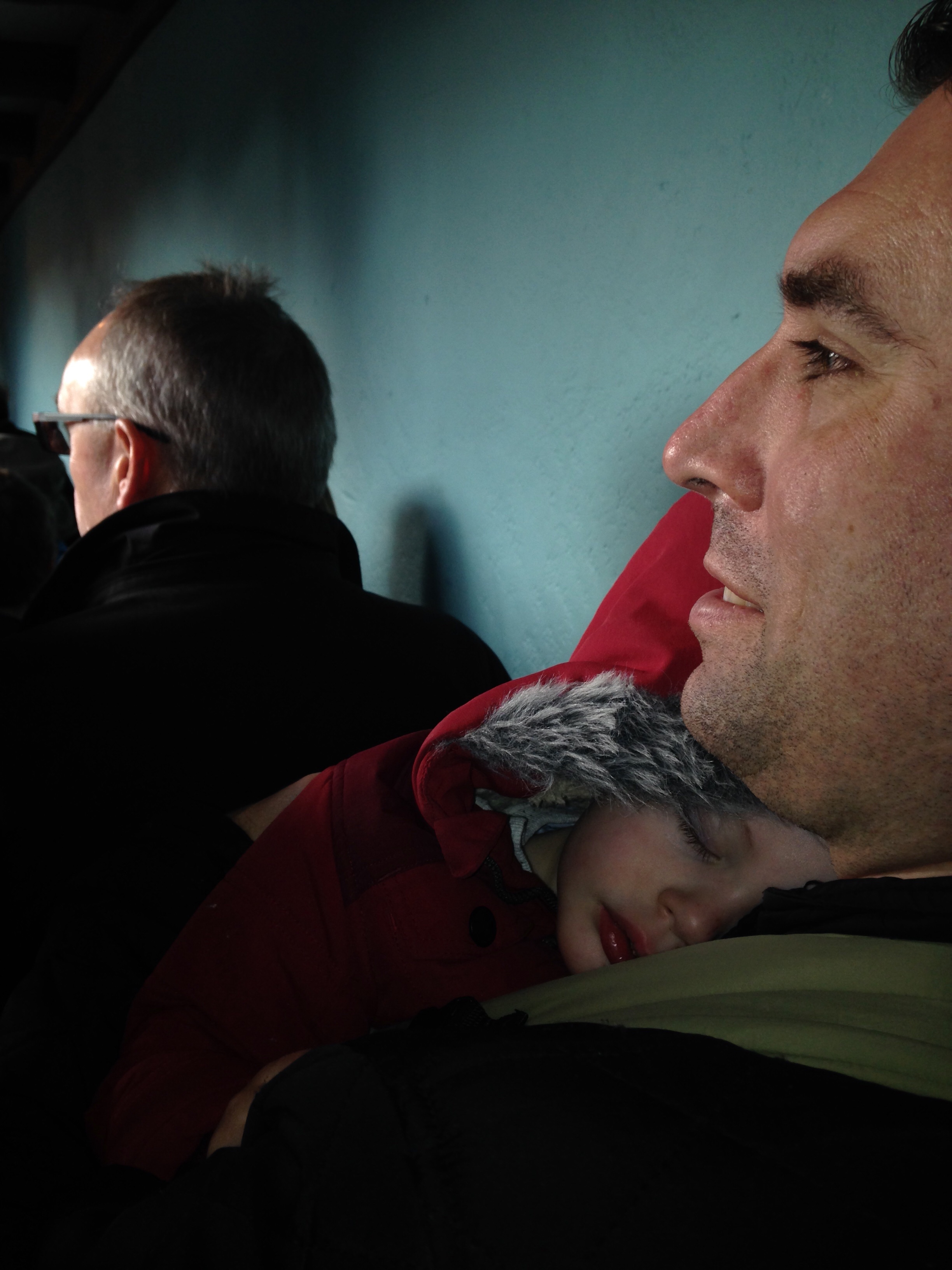 Having a little snooze in the queue!

8. If you are able to, try to avoid visiting on a Saturday. It can get a little manic!!

9. Every toddler parent will know the importance of snacks. But when surviving Disneyland with a toddler, they are more than just a mere food source! Snacks are a great distraction whilst waiting in a queue. Indeed, whilst waiting to see Mickey Mouse himself, Baby Lighty demolished a packet of Ella’s Kitchen crackers, a bag of breadsticks and a box of raisins! The key is to pack non-perishables, as the hotels on site, and some of the hotels off site, do not always have fridges in the rooms.

11. If you’re concerned about the amount of junk food your little one may consume whilst visiting Disneyland, rest assured that many of the main seated restaurants (as opposed to the fast food outlets) now offer one healthier option as part of their children’s menu. Some of the fast food outlets offer the likes of fruit salad, or packets of cherry tomatoes, as a healthy snack, too. We also stocked up on dried fruit pouches within our snack supply so that we could at least feel like Baby Lighty was having something a little bit healthy.

12. The key to how to survive Disneyland with a toddler? I honestly think it’s keeping expectations low. Yes you’re in a magical land far far away, but that doesn’t mean that your toddler won’t be a cranky law unto themselves. It doesn’t mean that they won’t have meltdowns at dinner time. It doesn’t mean that they won’t be the child that you used to frown upon before you were a parent yourself because they’re swinging on the rails in the queue, no matter how many times you tell them to stop. And it doesn’t mean that you won’t feel the eyes of judgement upon you when they act, quite uncharacteristically, like a spoiled brat because they are too little to understand that coming to Disneyland is a massive treat that not everyone is lucky enough to experience. 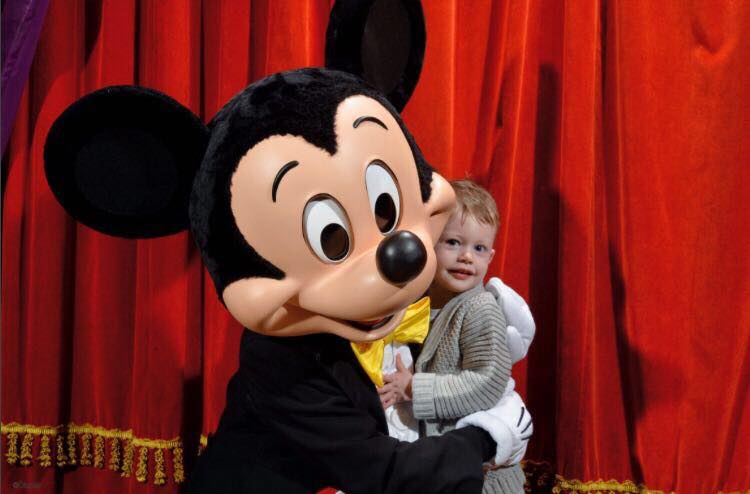 But, having said this, it also doesn’t mean that you won’t have the most magical time, and make memories that last a lifetime! I think the key is to go prepared, but also go with the flow (is that even possible?!). As with most things in life, the bad memories will fade, and you’ll be left talking about that time that your toddler was completely and utterly starstruck because they met Mickey Mouse!